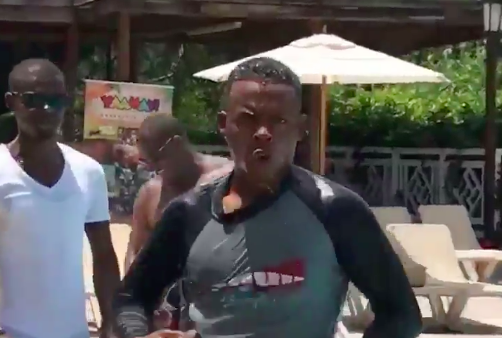 Going to a waterpark is a lot of fun, but usually when you come to the end of a waterslide you just fall off it into the water with about as much grace as an elephant.

Not the guy in this video though. I’ve got absolutely no idea how he does this, but it’s got to be one of the most unbelievably slick moves I’ve ever seen. Somehow he’s going so fast coming off the slide and has such a good landing technique that he manages to skim over the water to the edge of the pool and then use his legs to stand up immediately and exit like it’s no big deal.

This really is one of the slickest things I’ve ever seen:

Wow. I love the way that he doesn’t even seem slightly bothered about it at all either, just shrugs it off like it’s natural and puts his t-shirt on. Absolute baller.