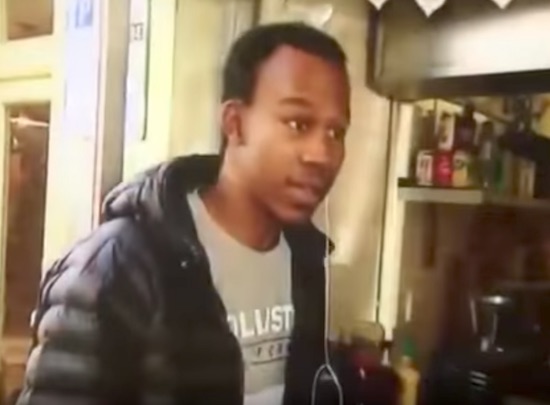 I’m sure if you’ve ever bought drugs then you’ll probably agree that it’s one of the most annoying experiences ever, as you just have to wait around for a guy who’s always late and then probably pretty rude to you whilst you’re at it.

Well, some gang in Bristol had a much better idea for a way to pick up your drugs – just deal out of a takeaway and whack the baggie in underneath the food. Unfortunately despite their innovative approach they ended up getting busted and 18 of them went to jail last December… but that isn’t the real story here.

The best part about this whole situation is the guy in the news report below’s reaction to the it. Never seen someone so shocked about a revelation:

Lol. That is the most pathetic attempt at feigning surprise and lying that I’ve ever seen.

I wouldn’t be surprised if he lost his job because of it to be honest. You can absolutely guarantee that his mates still probably rinse him about fifty times a night for it though no matter what. No way is he getting away with that, it’s just too obvious.

To make sure you never end up like this guy, check out a foolproof way to beat a lie detector test. No problem.