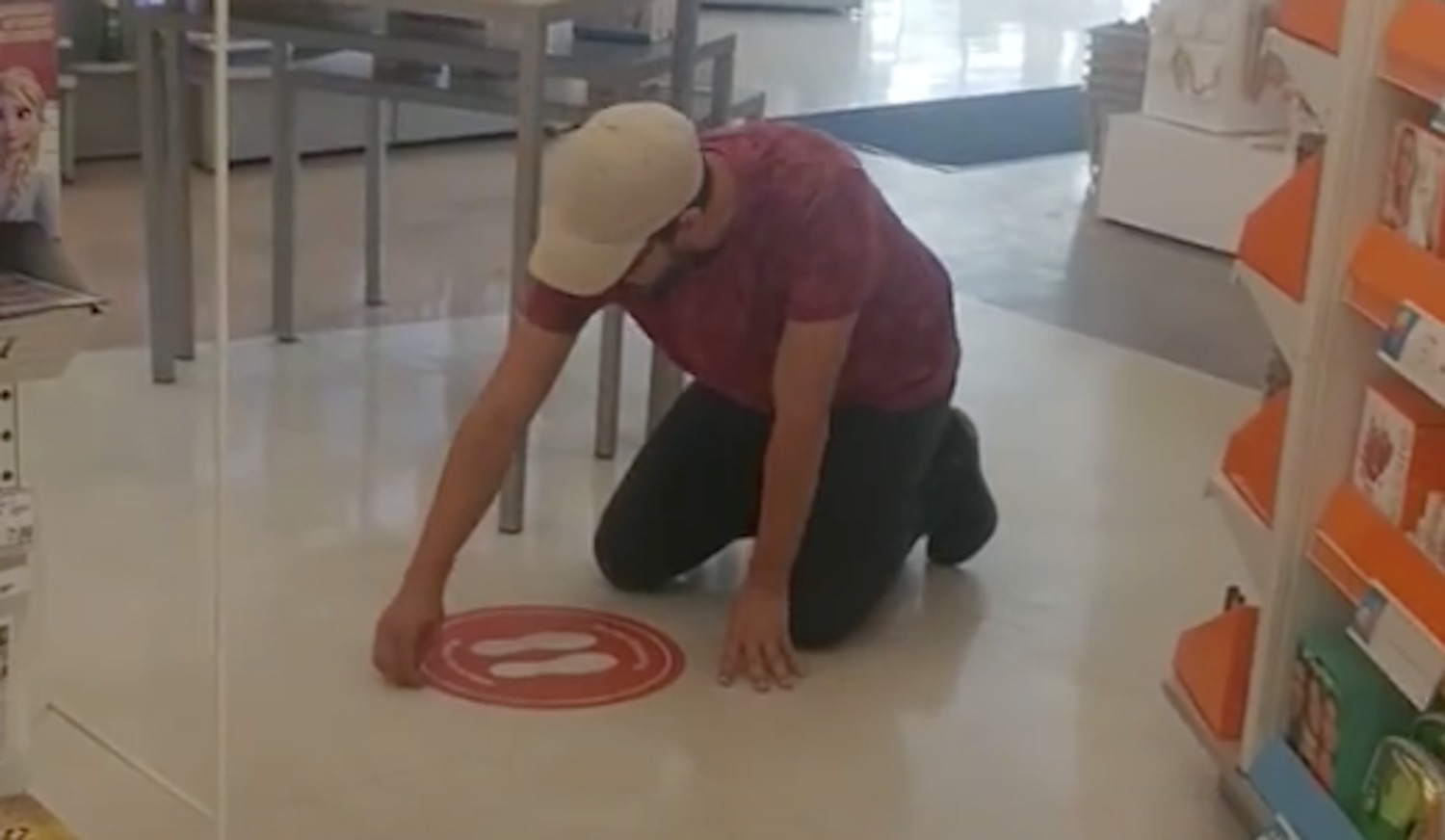 What a pathetic loser.

There are enough people out there going on about wearing masks and doing everything they can to protest it, but Sandor Ligetfalvy wanted to go one up on all those losers and really make a point about project fear by going into his local grocery store in Niagara Falls and literally scraping the social distancing stickers off the floor.

Sandor claimed that he was sending a message to the corporate world with his actions and that he stood for freedom and justice. Of course, he also filmed his little escapade and stuck it up on YouTube so you can see the results:

If we don’t push back now, we’ll never get the chance to push back.

What are we doing to our society when we’re promoting fear everywhere we go?

I’m tired of having to go to a store — which used to be a type of therapy — and now it’s a type of trauma.

Wow. What a pathetic little loser.

I really don’t get why people are acting like this and not following the rules given that there are thousands and thousands of people worldwide that have died from this pandemic and more than enough evidence of that. All the government is asking us to do is keep our distance and wear a mask sometimes and it’s enough to make people go crazy and say we’re being oppressed and do stuff like this. Really can’t get my head around it.

For more of the same, check out this video of a policeman strangling a woman for not wearing a mask. Bit much?