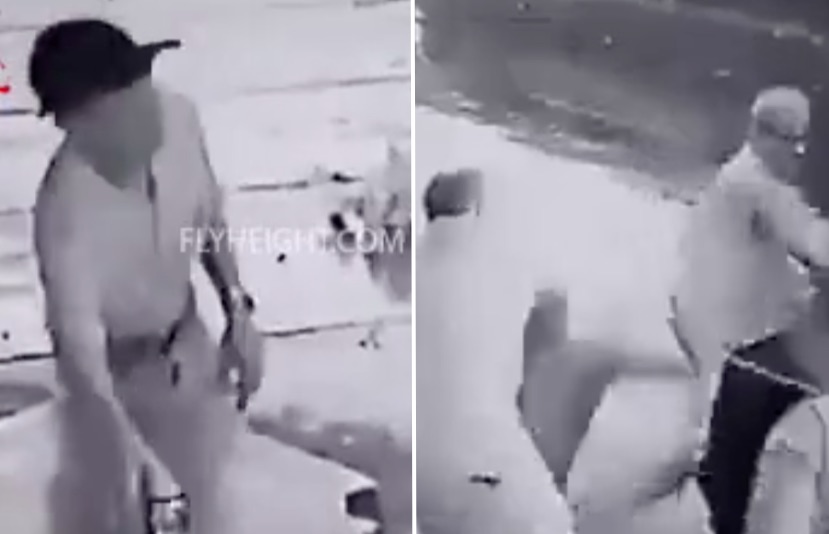 He knows the score.

What’s the logical thing to do when you witness a massive bar brawl break out? Turn around and run, obviously.

That was the smart-thinking of the guy in this video, only there was one thing holding him back – his beer.

With so much at stake, there was only one thing for it: he had to risk getting decked in the quest to save his tinny.

Looking like he’s dipping his hands into boiling water, the dude attempts to grab the can a few times before finally getting the goods. As soon as he’s done, he walks off triumphantly with his beer in hand.

I think we know who the real winner of this fight is.

For more of the same, check out this drunk guy casually eating pizza while a 20-person brawl causes chaos around him. Good man.