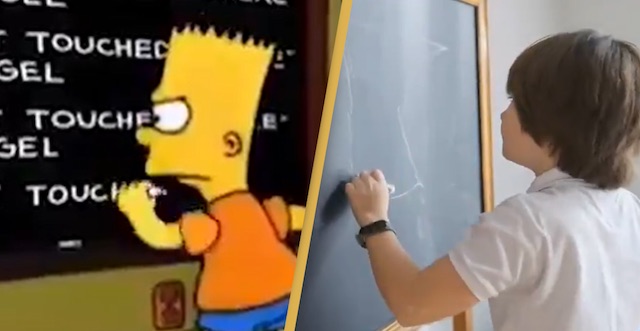 This is really funny.

It’s been a while since anyone has talked about it I feel, but everyone knows that there is some absolutely ridiculous stock footage and stock photographs out there that you have to question why anyone would possibly spend the time producing it? A lot of the time there quite simply isn’t really anything it could ever be effectively used for?

Well, one theory is that a whole bunch of people independently shot all of these little segments so that this guy could do something really useful during his lockdown and recreate the introduction to ‘The Simpsons’ using only stock footage. His name is Matthew Highton and you’ve really gotta give him credit for this because it’s almost a carbon copy of the classic introduction and it also seems like the only purpose that some of these clips could have EVER been used for?

It took a day, but here it is: The Simpsons intro recreated using ONLY stock footage. pic.twitter.com/f7gxh16LVC

Yeah, that is really funny and good isn’t it? And perhaps even more impressively Highton is claiming that it didn’t even take him that long to find it and cut it all together – apparently he managed to do it all in 24 hours. How have you been spending your days in lockdown huh? And just WHY have people been making this stock footage for all these years?

For more of the same, check out this other long lost real life version of ‘The Simspson’ intro. Even more impressive, but they did shoot this one so you know it probably took a bit more time and effort.