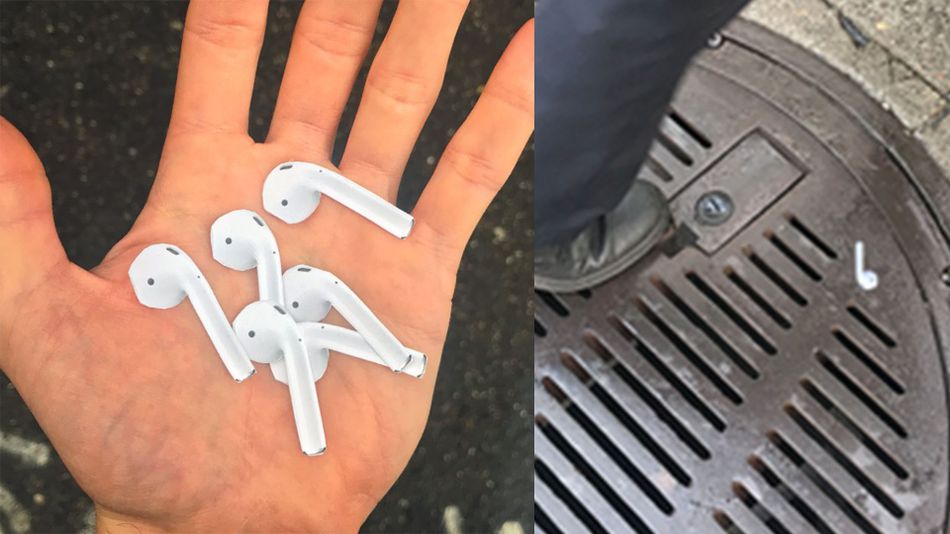 When it comes to hidden camera stunts, you can’t really go wrong – the classics are always the greatest – but it’s great to see someone update them a bit like the guy in the video below.

Digital artist Pablo Rochat realised that if he placed a realistic looking AirPod sticker on the floor then most people would just assume that an AirPod had fallen out of somebody’s ear and was hanging out on the floor, just waiting for someone to come along and pick it up. Obviously this is where it gets funny because it’s not an actual AirPod and these people are getting majorly pranked whilst Pablo films their reaction.

Honestly, stuff like this never gets old – just the item on the floor gets updated to whatever the new must have item this year is:

I made life-size AirPod stickers and stuck them on the ground, all over the city 🤡 pic.twitter.com/hIrZD0wfom

Footage of the AirPod sticker prank in action: pic.twitter.com/p9k1a8U29A

Kinda wish he had filmed a whole bunch of people doing trying to pick them up and not just a couple, but it still got a bit of a lol from me.

Hopefully he does some more filming in the future, but even if he isn’t Pablo isn’t keeping the AirPod prank entirely to himself – he also provided everyone with a free template of what he was using so he can you can try the prank in your own hometown. What a guy!

If anyone wants to print their own 2d AirPods here is a free template ( AirPod Pros included 👍) https://t.co/iTrKMgDM2o

For more of the same, check out these girls in Australia who have started pranking each other in the hottest way possible. Well worth checking out.