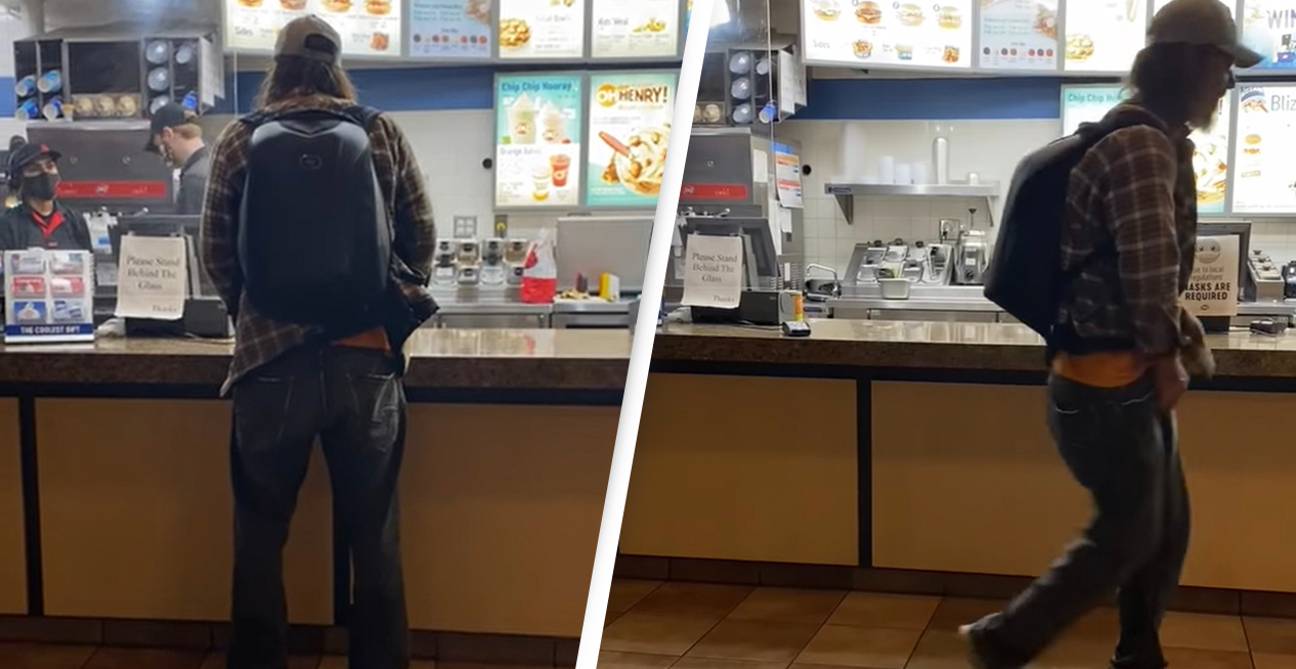 I’ll be honest and admit that I don’t know what the deal is with the current COVID regulations over in Canada – and especially not state to state – but this video seems to prove at least one person isn’t happy with them and the requirements at their local Dairy Queen.

For those of you that don’t know, Dairy Queen is another fast food restaurant over in Canada akin to McDonalds or whatever and apparently its current company policy in their outlets all across the country is not to serve anyone who isn’t wearing a face mask. In the video below, an employee at a branch in Vancouver Island is seen politely asking a man to put on his mask but obviously he doesn’t take too kindly to this, instead electing to piss all over the counter instead:

Geez, that really is a bit much isn’t it? I say this all the time but it’s still so weird that people are so resistant to wearing a piece of cloth around their mouths for a few minutes whilst they go order food or whatever – how can it inspire a reaction like this in them hey?

At the time of writing the Canadian police hadn’t managed to track him down either, so it looks like he will have got away with it all too. I wonder what else this guy will get up to when he’s told that he isn’t allowed to wear a mask in the future. Watch out.

For more of the same, check out this insane anti mask meltdown from Alaska last year. That one really was special.