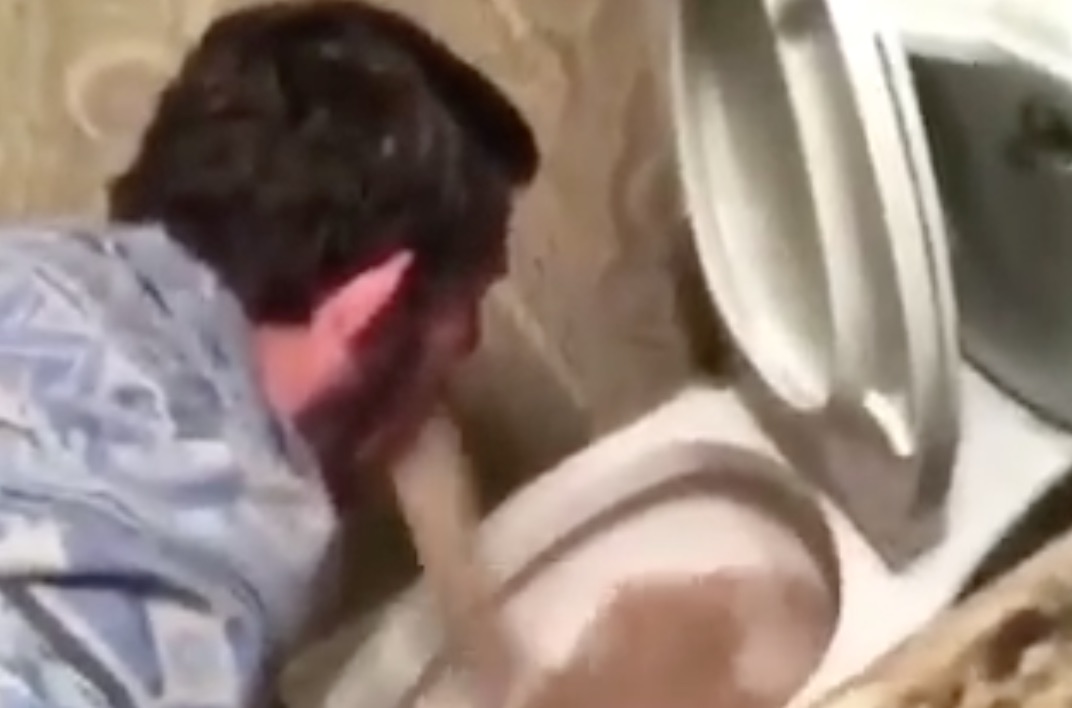 He doesn’t even look phased as he walks to the toilet.

We’ve all had those times when we’ve had way too much to drink and ended up having to puke our guts out somewhere and it really isn’t pretty at all.

Usually I’ve been able to make it to a toilet or somewhere discreet to allow this to happen, but I doubt there’s any way I look as cool as the guy in this video on his way to puke. He just acts like he doesn’t have a care in the world, and it becomes even more impressive when you see just how much vomit he was holding down in there.

Seriously, this is special:

Wow, I bet you didn’t think that that much puke was going to come out of his mouth did you? Seriously  stunning even being able to hold that much down in your stomach really.

The really smooth part of it that the guy deserves a hell of a lot of props for though is obviously the way he just walks to the toilet like it’s no big deal and he’s not in a rush to puke or anything. No need to worry guys, I got this under control, and then you reveal the most amount of puke anyone has ever expunged in one go – seriously awesome work buddy.

For more puking, check this guy on the New York subway out. Epic.