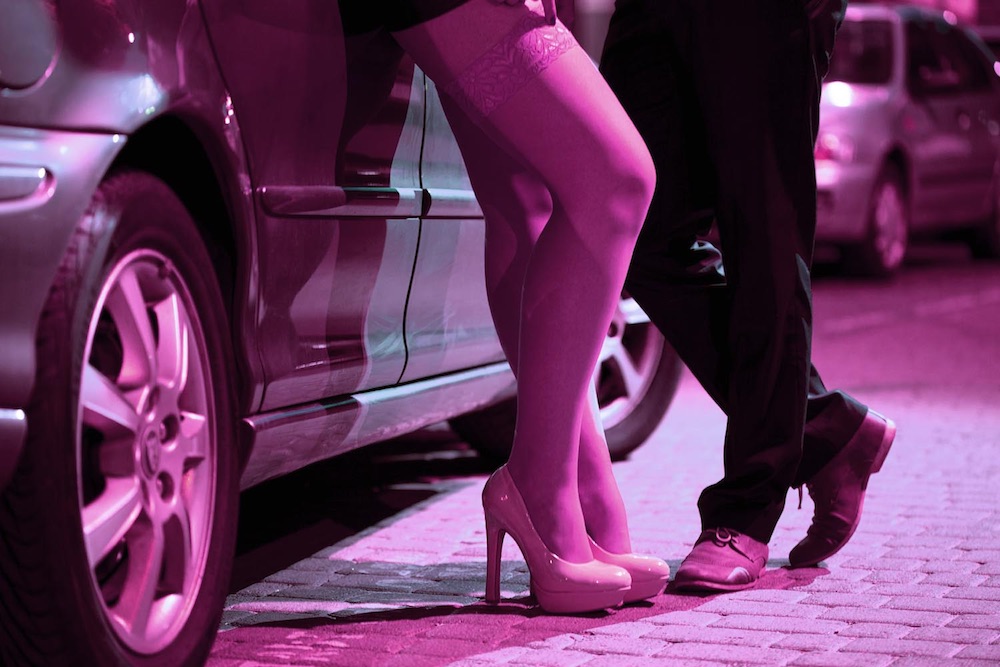 That’s only going to work in Holland mate.

You probably saw on the site the other day that over in Holland, it’s actually now legal for people to pay their driving instructors in sexual favours for their lessons.

I’m not sure if anyone has actually exercised this law yet or how it has gone down (ho ho ho) over there, but one enterprising dude over here named Adam McMinn thought it might be a good idea to try the practice with his driving instructor Julie.

Needless to say it backfired spectacularly.

Here’s what he had to say to her: 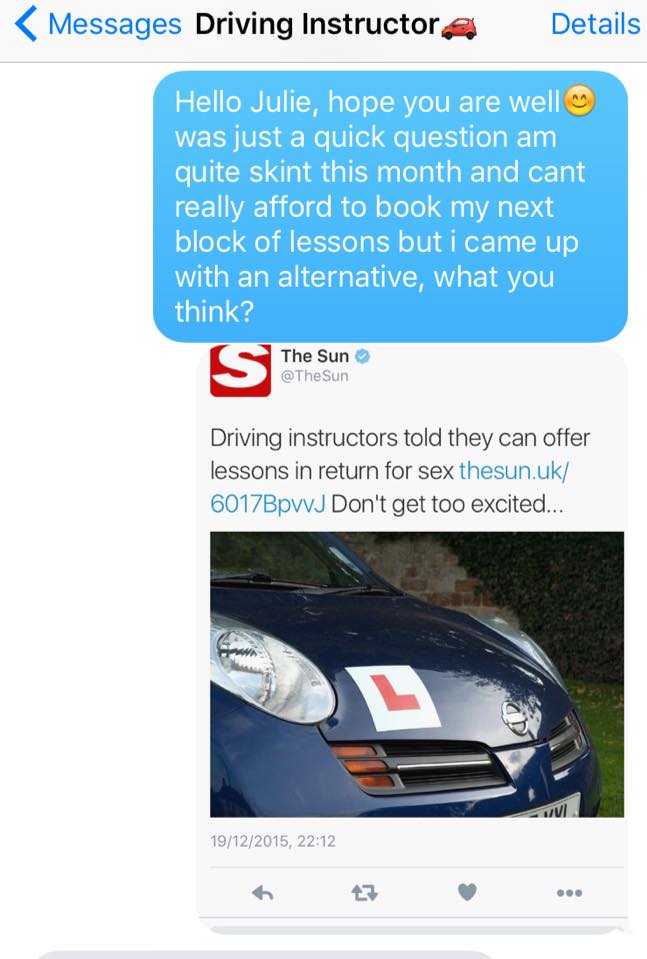 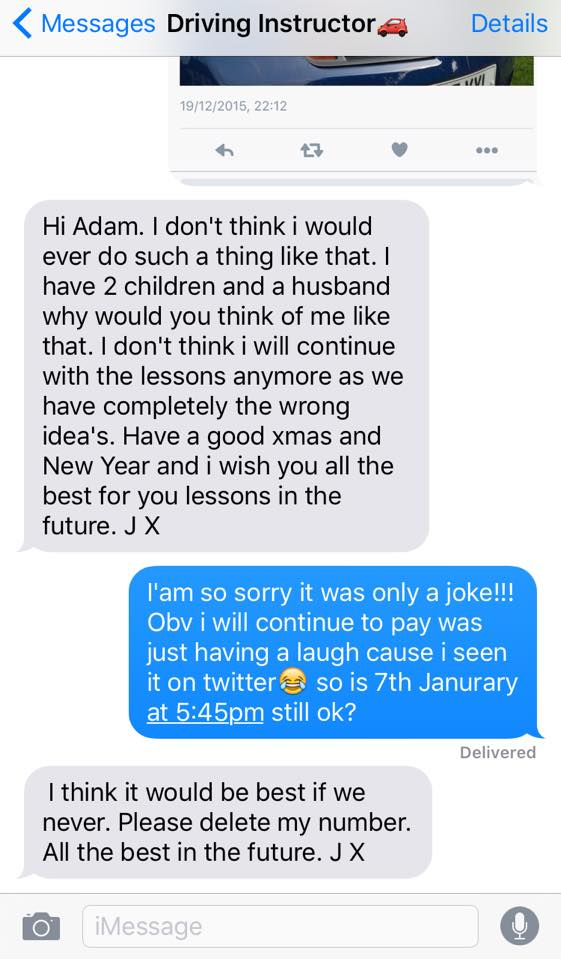 Wow. That probably couldn’t have gone worse if he had planned it, and to be fair what he said in the first message wasn’t even really that bad, I mean he could have phrased it much much more graphically if he had wanted to.

That was just kind of like a joke you might have with a colleague you didn’t know that well or something. To me the woman has overreacted massively and lost a bit of business there but hey, maybe she thought Adam McMinn was a bit of a prick anyway and wanted to get rid of him anyway.

Good luck finding a new driving instructor mate. Maybe if you want to get Julie back though then you should a professional stunt car driver to dress up as a loser to freak the shit out of her like these guys did with some other lame driving instructors.