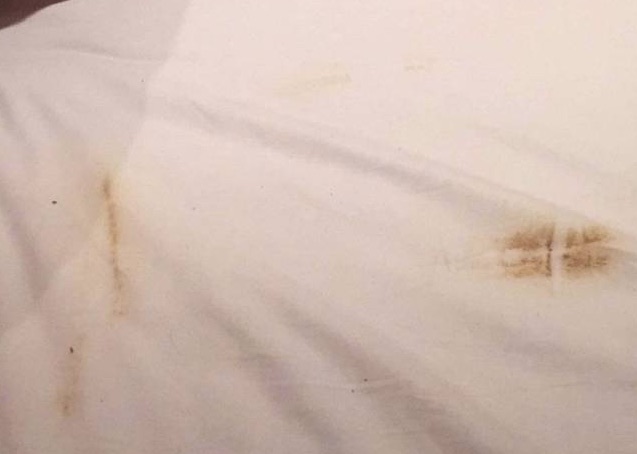 Lockdown is well and truly on its way out – at least for now – when people are sharing stories about hooking up with random girls and then shitting all over their bed sheets by accident, which is exactly what happened to 26 year old  Kevin from Dublin over the weekend.

Not really realising that he was going to get totally shat on as well, Kevin decided to text his mate for some advice with the situation. Obviously his friend just laughed at him and stuck the whole exchange on Twitter for the whole world to laugh at though, as you can see below: 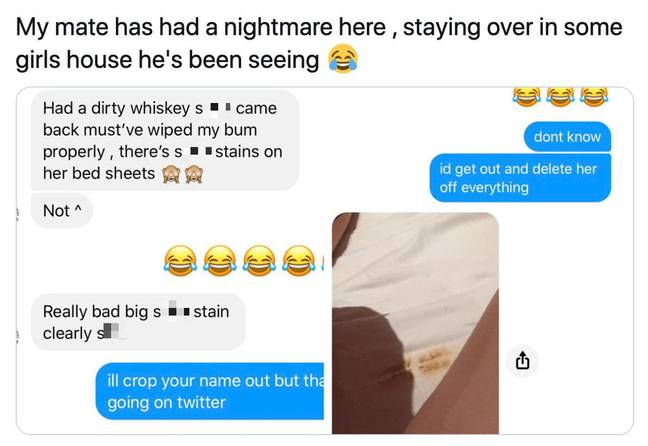 Kevin had this to say about how he dealt with the situation:

I ate a burger and chips from Burger King and drank one litre of Hennessy and coke the night before. I took the s*** on Saturday morning.

We went back to bed for a bit watching the TV show Normal People and I then realised something was off.

I swapped the sheets around to her side of the bed and spilt beer on the stains. She did not notice the stains when I was still in the house, but we have not spoken since it happened on Saturday.

It’s not looking good for the relationship.

Yeah, it probably isn’t to be honest although realistically it could be a few days at least until he finds the stains, and if they actually really liked each other then she would probably realise that it’s just a gross accident and get over it, considering they’re not even that horrendous? Kevin should at least try right?

Although it sounds like maybe he just wants to get his end away with as many girls as possible following the end of lockdown and who could blame him after being stuck with his hand for the last few months? The times are changing.

For more of the same, check out this company that wants to pay you $10,000 to track your poop for three months. Kevin would be an ideal candidate by the sound of things.