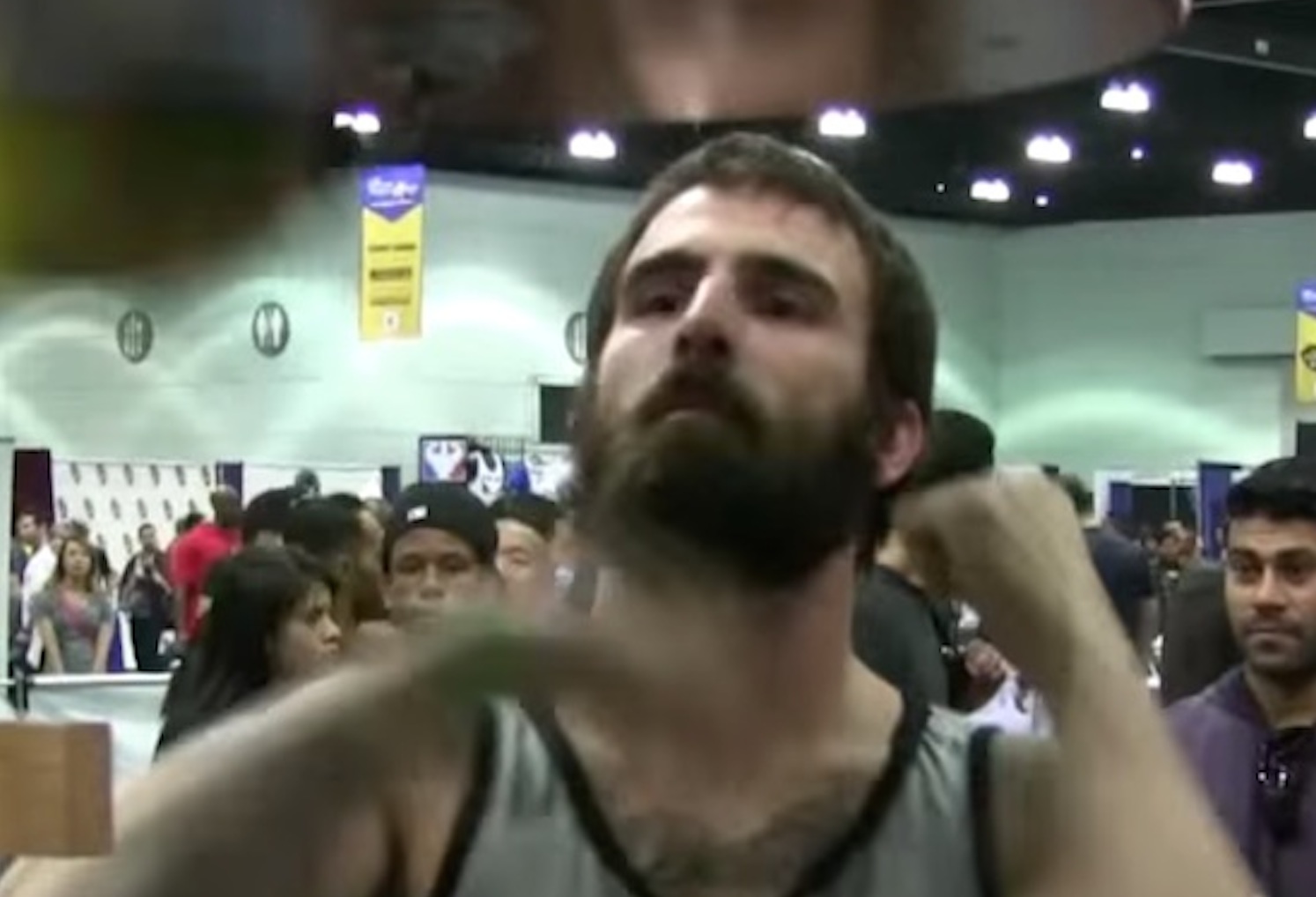 I’m not sure if you’ve ever tried sparring with a speed bag, but it’s way harder than how it looks when you see Floyd Mayweather or Rocky bopping along to one and carrying on a conversation too.

That’s why this mystery bearded guy in the video is so impressive. He just stands there banging his speed bag over and over again and not even missing any shots. Insane hand to eye co-ordination – you can barely even see the bag moving in the video:

Skills. I wonder if this actually makes him any good in the ring though? I know that speed and hand eye co-ordination are massive in there, but would this make him a good fighter. I suppose if we ever figure out who he is then we might find out.

In the meantime, here are the top ten boxing quotes of all time.