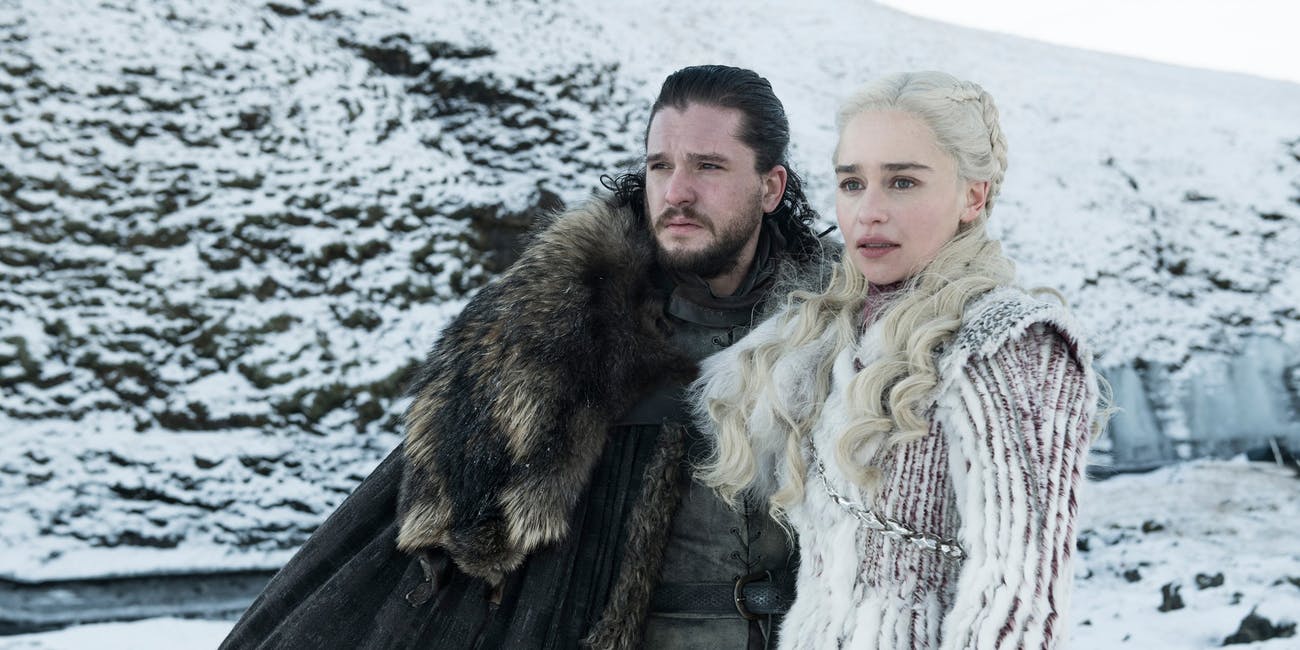 Everyone seems to be complaining about the final season of Game Of Thrones not living up to what has come before it but nobody can really put their fingers on why, aside from blaming the showrunners for making characters take ridiculous courses of action that aren’t really true to themselves.

However, one dude wrote the following thread on Twitter and I think he’s absolutely nailed it because everything he’s saying makes complete and perfect sense. Check it out and see what you think: 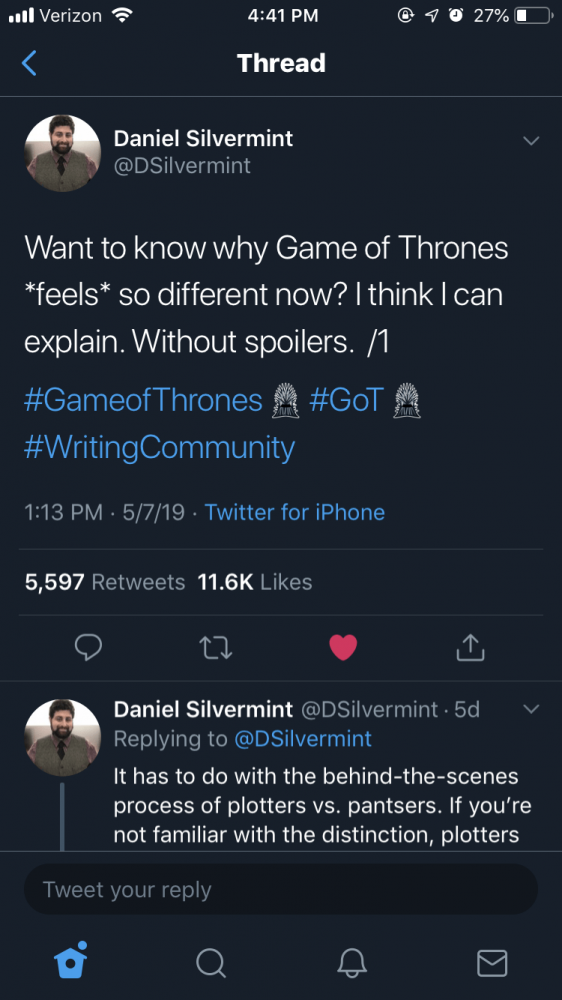 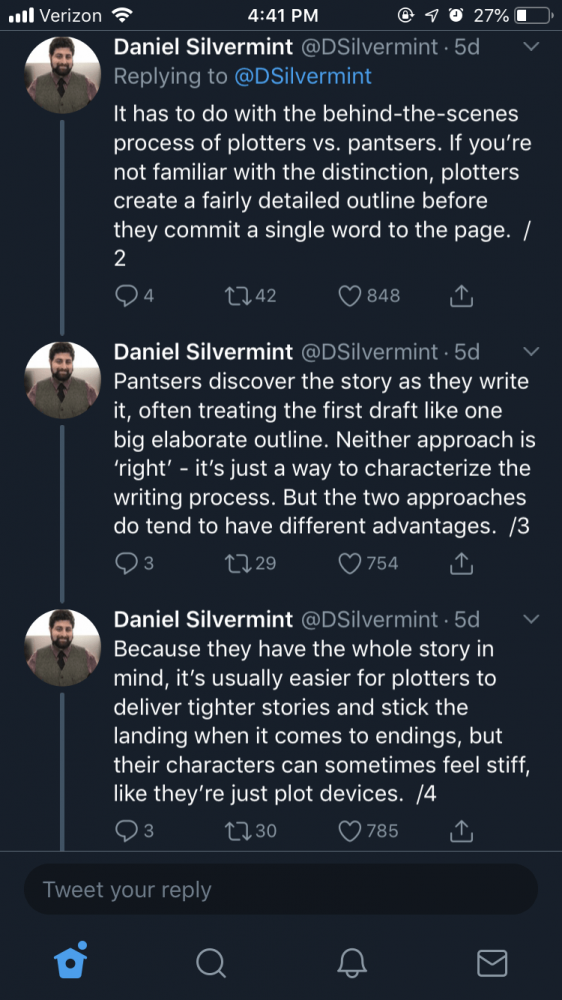 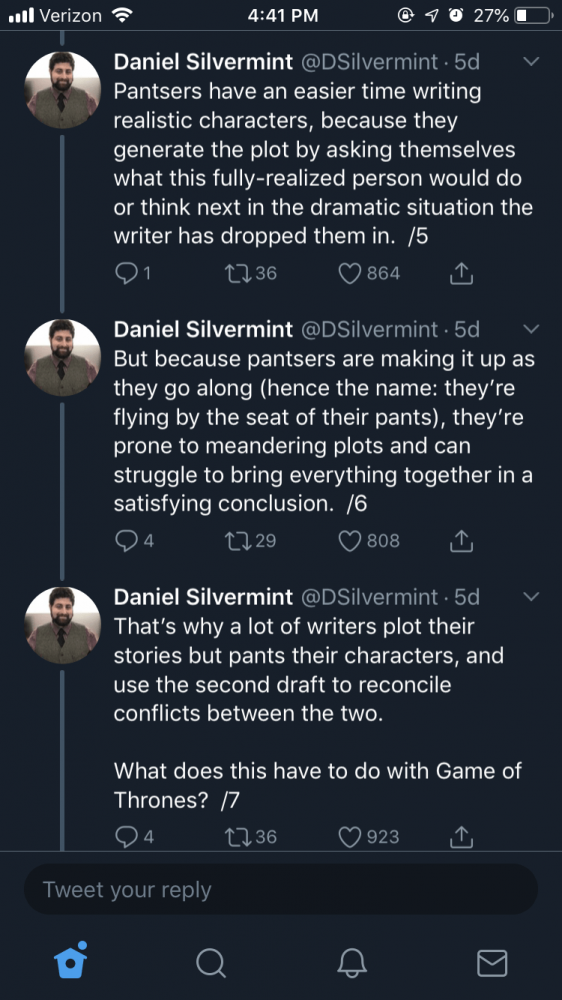 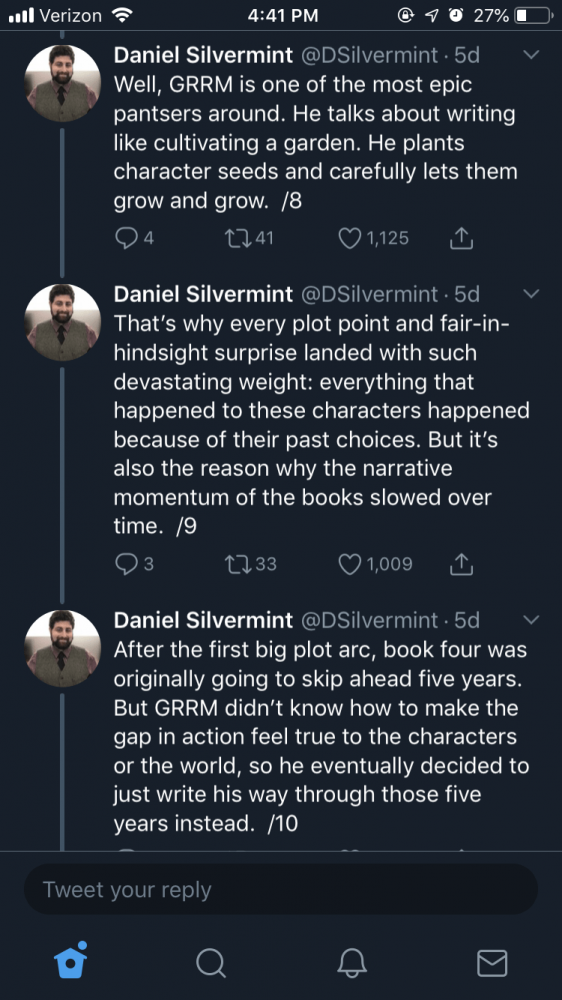 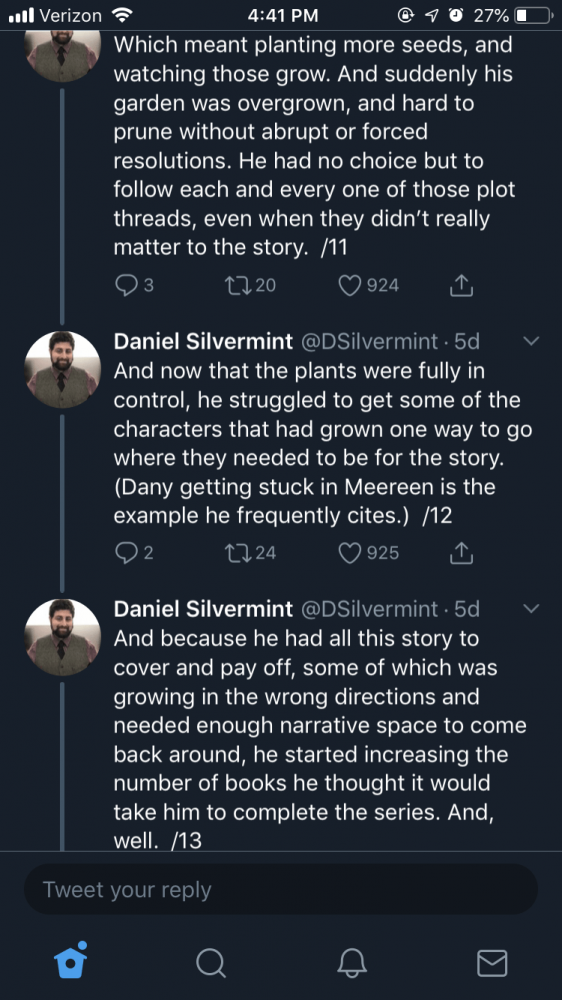 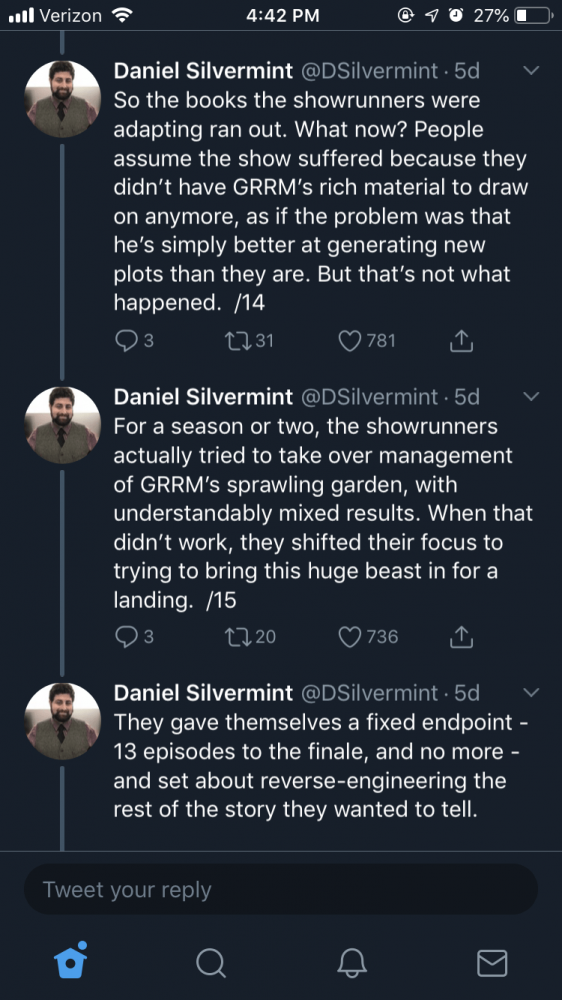 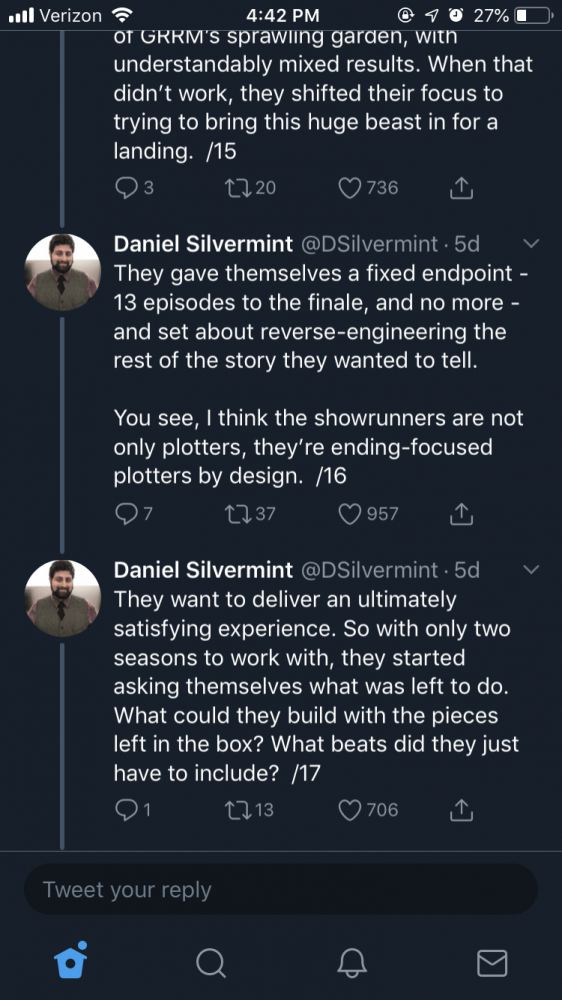 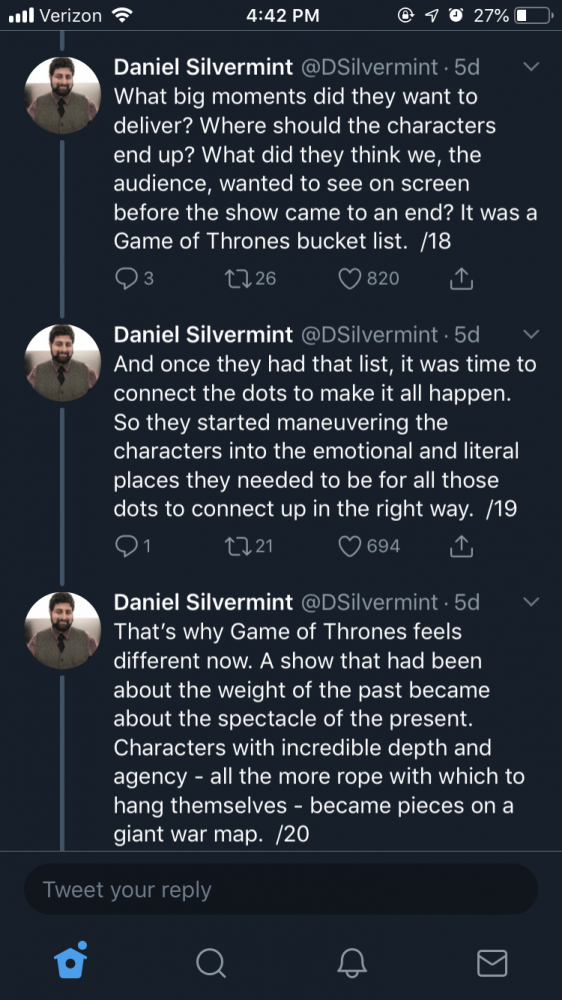 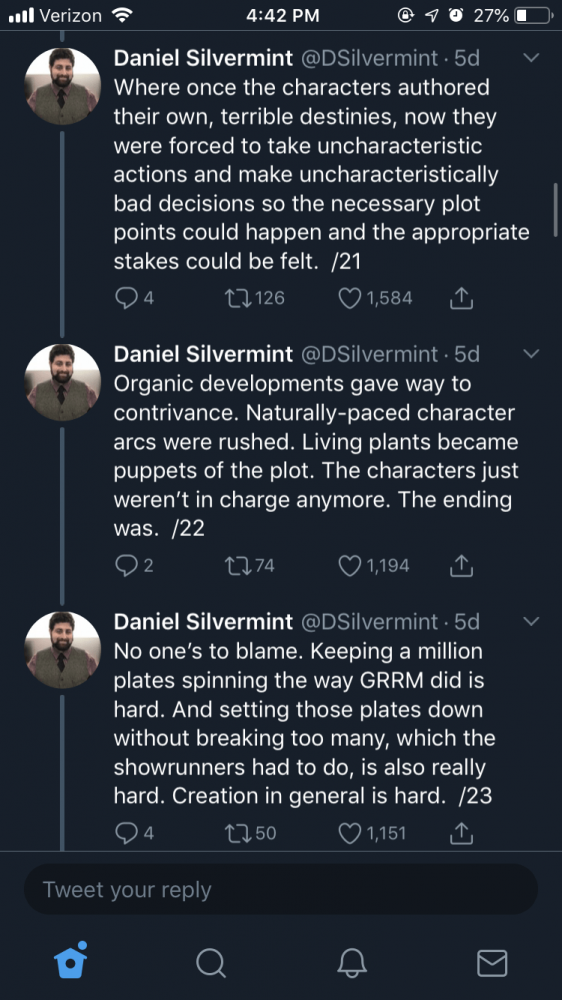 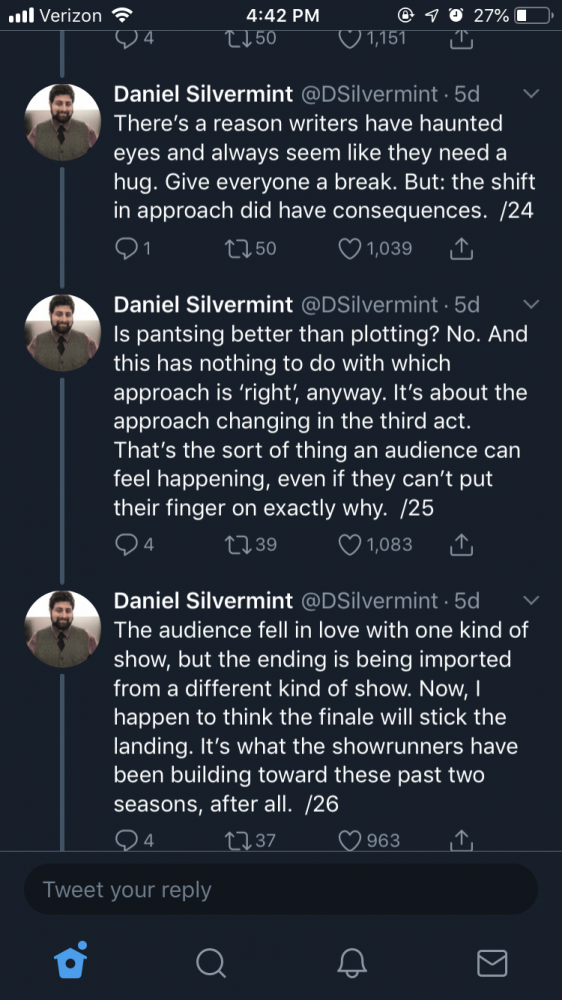 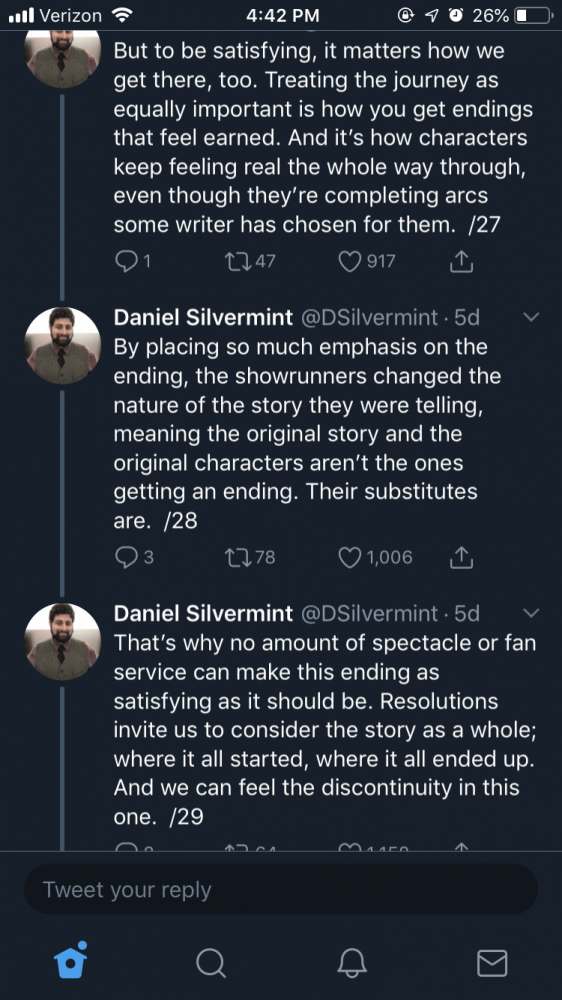 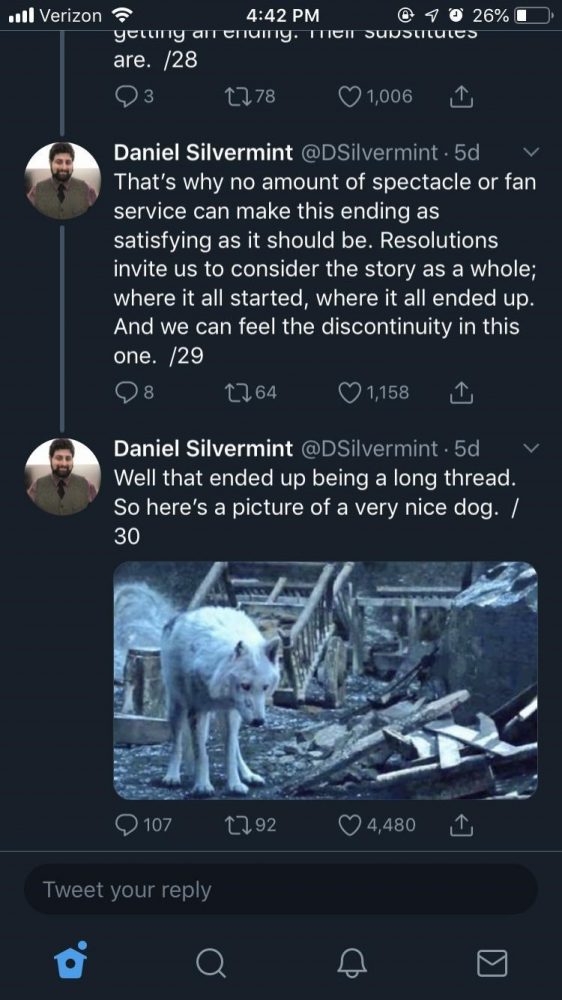 I mean yeah I think he’s pretty much nailed it right there and then, although I’m thinking maybe the showrunners could have just made it a bit longer so that these character developments were a bit more in keeping with Martin’s original blueprint? I get that he’s saying that they picked a number of episodes and worked back from there, but surely it might have been better when they realised what was happening to expand it a bit and stay true to what made the show so good in the first place? Just saying.

Either way, I think that’s a pretty good analysis of what’s been going wrong with it this year and last year. Props Daniel Silvermint, whoever the hell you are.

For more Game Of Thrones, check out these actors trying to act like they thought the ending was chosen well. Spoiler, it wasn’t.