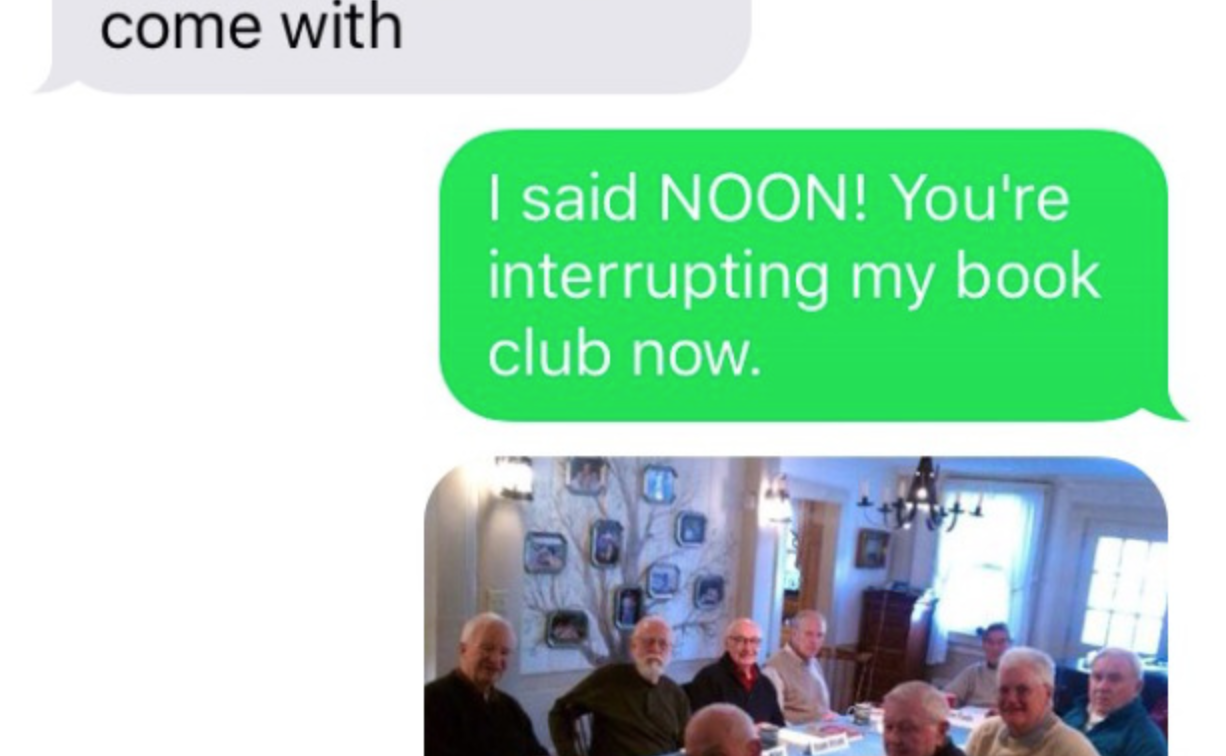 Craigslist is a weird place. I’ve never used it personally, mainly because I’ve seen a lot of horror stories. But I’m sure that 99% of the ads are perfectly harmless and definitely not just middle-aged men wanting to suck you off and then bury you alive in a forest. Maybe 85% if we’re being conservative.

The other 15%, along with dick sucking ditch buriers, is made up of complete wind-up merchants whose sole purpose in life is to brutally troll you into submission, as this one guy quickly learnt after trying to buy an Xbox and getting utterly destroyed.

Check out the conversation for yourself: 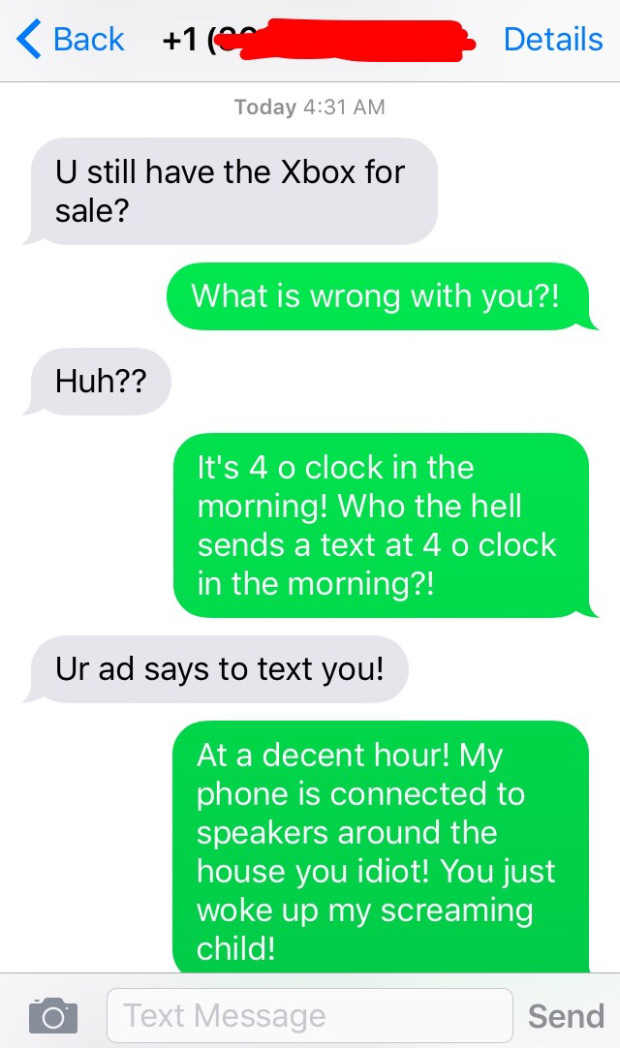 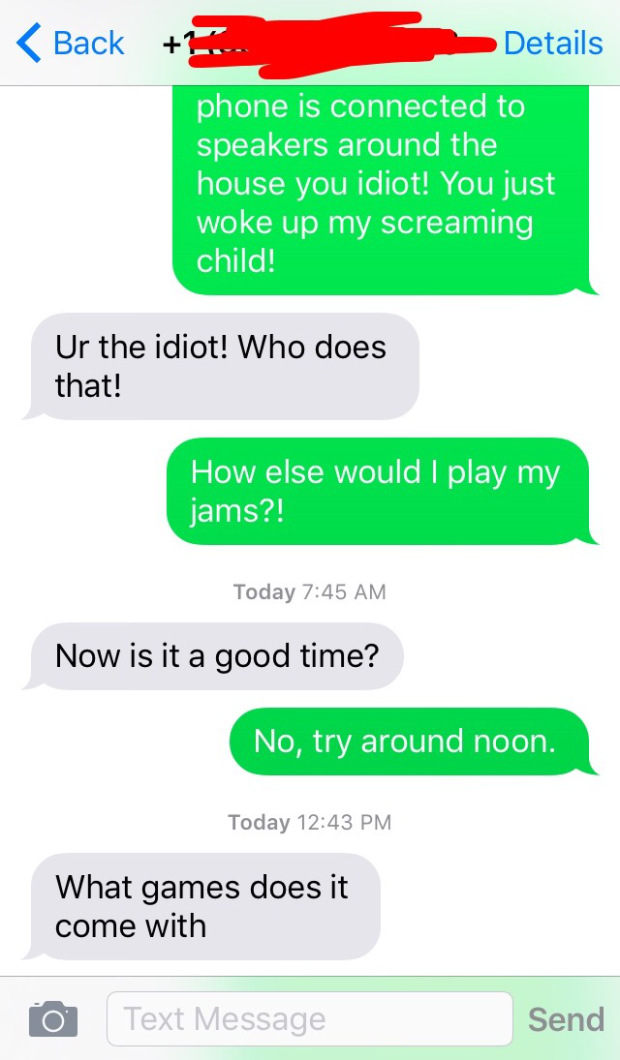 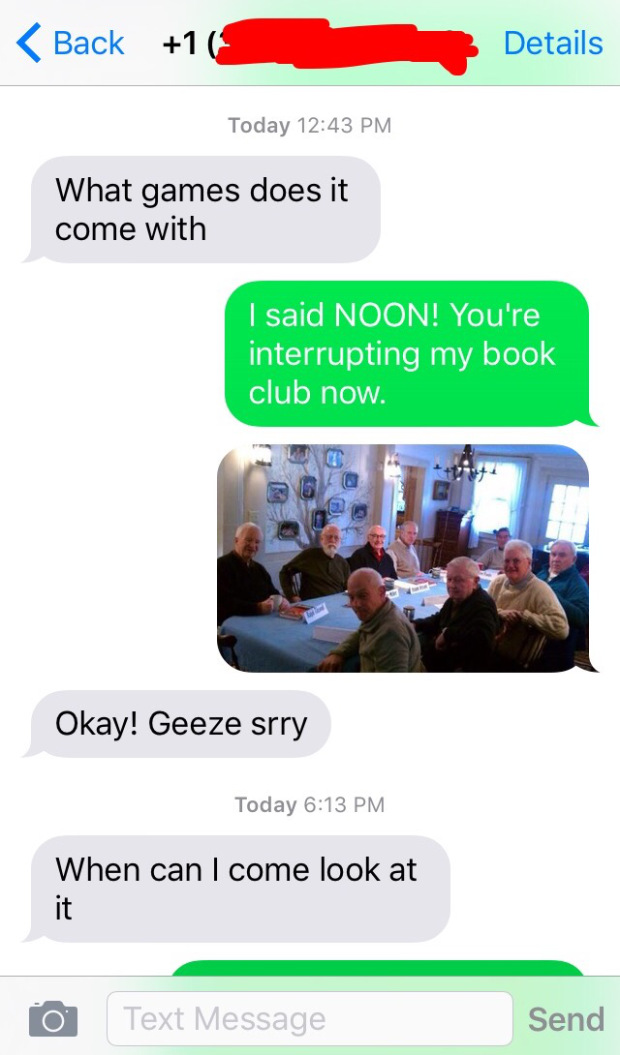 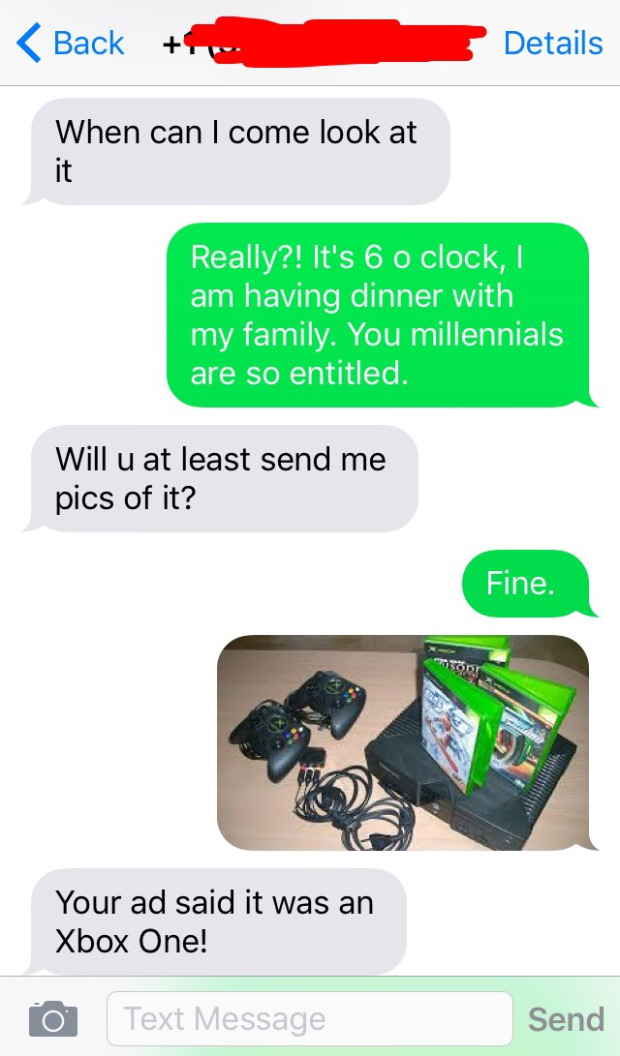 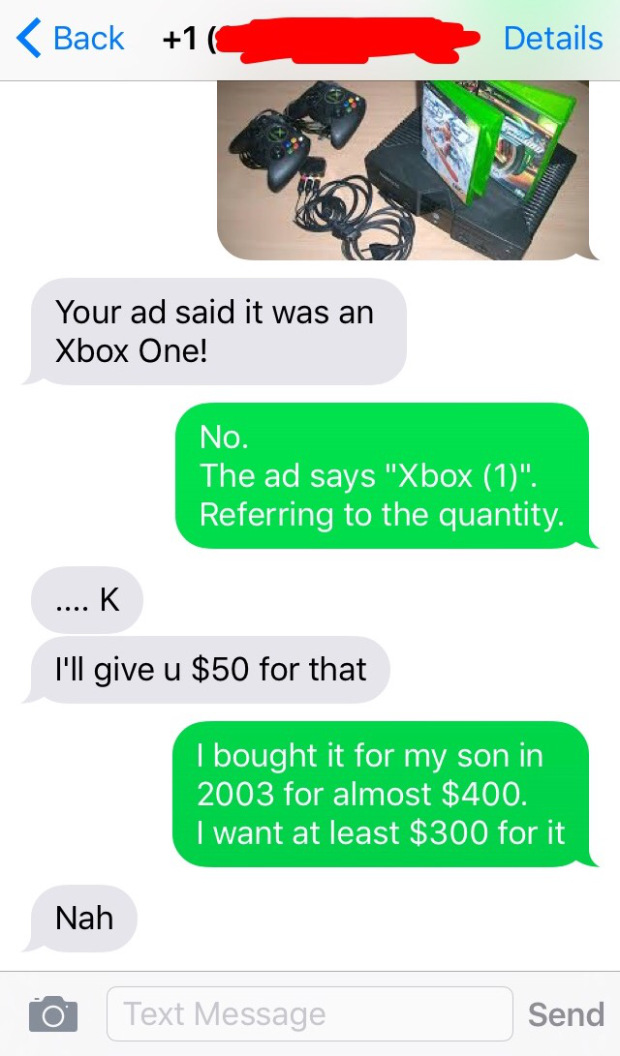 Damn, that guy really wanted an Xbox. I can’t figure the seller out, though – he was either genuinely just come cantankerous old guy looking to flog an Xbox or he was a purebred troll through and through. I reckon it’s probably the latter.

I really feel for the would-be customer though, I hope you got your Xbox in the end bro. And try to look on the bright side – it could be worse, you could be buried in a forest with your dick half-sucked.

If you don’t believe me about the weirdos offering sexual favours on Craigslist – see here. Viewer discretion is advised.