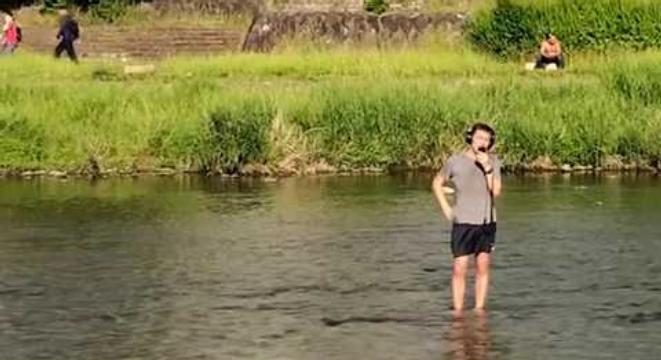 We all know that getting dumped completely and utterly sucks, and it’s even worse when you’ve already made expensive plans with your spouse to go somewhere.

When this happened to Austin Weber though before a trip to Japan, he decided not to sack off the holiday and instead get his girlfriend’s name changed to his dad’s and head out to Kyoto instead. Whilst it would have been perfectly acceptable for the pair to just have a regular father/son bonding trip over there, instead they decided to use the time to record a really weird Midi version of Abba’s Mamma Mia, which they then shot an even more bizarre music video to on the streets of the city.

Trust me, this really is something else:

I mean what the hell is that? Whilst it’s kinda fun I really have to question why they did it when it’s just so shoddy – even the camerawork looks awful and there’s like two or three destitute looking locations when there surely must have been nicer places in the whole of Kyoto to check out than those places.

The vocals and midi backing track sound horrendous too and it just seems so bizarre and weird to me that anyone would even waste their time doing it? Does Austin really think this is going to ‘show’ his girlfriend that he had a really good time and is over her? I think it kinda does exactly the opposite to be honest, but I guess at least it has gone viral for the world to see now. Maybe he’ll get a music career or a new girlfriend out of it or something.

For more of the same, check out the most bizarre music video on YouTube. Seriously.