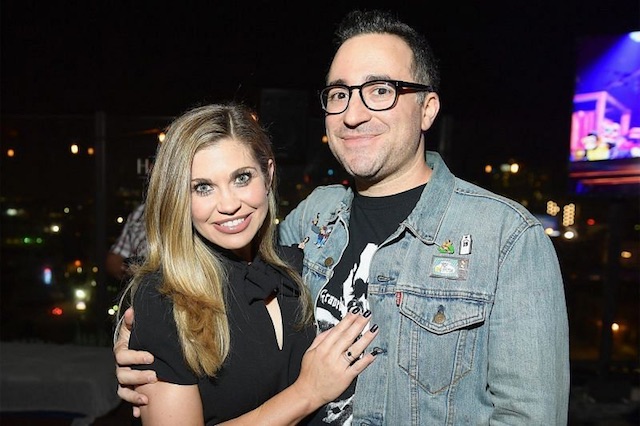 Back in the 90s, ‘Boy Meets World’ was one of the biggest teen shows around and at the heart of this was the relationship between series protagonist Cory Matthews and his girlfriend Topanga, played by Danielle Fishel.

I’m not sure that we’ve heard much from Fishel since the show ended – other than the semi successful but oft forgotten ‘Girl Meets World’ reboot of course – but she headed sharply back into the public eye late last night when it was revealed that she was married to Jensen Karp. Yes, that’s right, the same Jensen Karp who discovered a whole bunch of shrimp tails in his Cinnamon Toast Crunch yesterday and was then ratioed by the company on Twitter saying that there was no way that they could have been shrimp tails.

Needless to say, it didn’t take too long for the internet to lose its collective mind over this development and yes, there were memes:

THE DUDE THAT FOUND THE CINNAMON TOAST SHRIMP IS MARRIED TO TOPANGA?????????

Cinnamon Toast Crunch shrimp tail guy is married to Topanga and that completes 2021 bingo for me.

Me explaining the Cinnamon Toast Crunch and Topanga saga to my dad 🦐: pic.twitter.com/xNOnWOEZvS

It was a good day for the Twitter app pic.twitter.com/H58vQKf8Fa

🎶 it was topanga all along. 🎶 pic.twitter.com/9kGPf0od8k

“Topanga it’s the perfect plan I trick a cereal company into paying us millions” pic.twitter.com/61VUSNUmUr

What a crazy story. It started off pretty nuts just with the shrimp tails, but the company’s response and now this Topanga revelation takes it into the stratosphere. Can only hope that I log off for another ten hours and there’s another majorly insane turning point in it that nobody ever saw coming.

For more of the same, check out the original pictures from that batch of Cinnamon Toast Crunch from yesterday. Look positively disgusting.