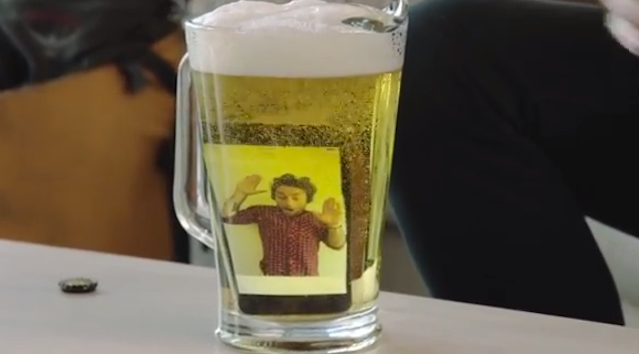 The internet has been awash with stories of idiots desperate to get their hands on an iPhone 6 recently – like this douchebag who was the first one to get it in Perth but then promptly dropped it on the floor – but this one definitely has to be the dumbest yet.

A musician from Canada called Michael Mooney was so desperate for the new Apple product that he flew a 22 hour trip from his home country to Australia – the first place to have them on sale – and then paid someone at the front of the line to buy from for him. He then did what any rational person would do and dropped it in a pitcher of beer.

Yeah, you’re right, that isn’t what a rational person would do at all but it turns out that Michael isn’t a dumbass unfortunately who just dropped it in a pitcher of beer after spending loads of time and effort getting one – that would have been way funnier – but actually works for some company called Revivaphone that makes kits for people to fix their phones after they’ve submerged them in liquid.

Based on this video it seems to work, I just wish that he had actually been stupid enough to fly all that way and then immediately mess his phone up. I’m sure another story like that will emerge in the coming weeks though, especially because the iPhone 6 seems to be flimsy as fuck judging by these drop tests that were recently conducted.