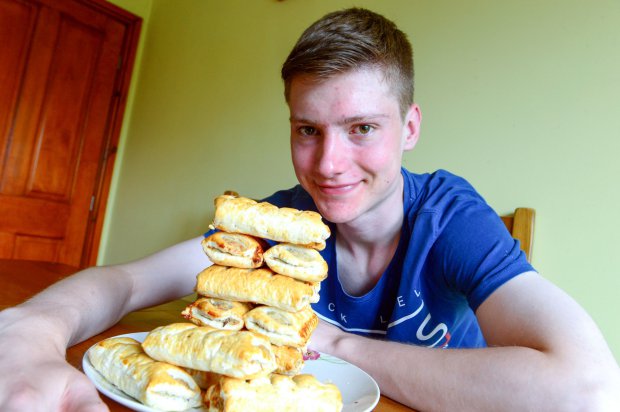 One hell of a diet.

There is so much delicious food out there for you to put in your mouth and enjoy that I think I would find it literally impossible to eat only one specific type of meal for 15 years, wouldn’t you? But then again, I’m not this guy called Elliott Jones, who decided that from the age of 2 he was only going to eat sausage rolls for the next 15 years. Niche.

Apparently Elliott wanted to try other foods, but along with salmon paste sandwiches and chips, he literally couldn’t stomach putting anything in his mouth except for a sausage roll. You might think that by the time he reached 17 he realised what a big baby he was being and manned up and ate something else, but rather ridiculously the only way he could break this habit was to visit a hypnotherapist who managed to brainwash him into being able to try new foods. Weird.

I was only eating foods I’d had as a child, but I didn’t feel bored of them because they were all I knew.

I still enjoyed sausage rolls, despite having them for over 15 years, but sometimes I would see things that I wish I could try but I’d always feel sick before I could.

The feeling of being hypnotised just felt like a very relaxing, light sleep and it’s made trying new foods completely natural to me.

It feels great to be able to see something that looks good and try it instead of wishing I could.

Yeah, that must be a great feeling. I suppose I take it for granted – as does everyone else in the world – so maybe I shouldn’t make fun of Elliott but his whole situation just seems so bizarre that I can’t really help myself. Guy is a serious fruitcake.

His mother Joy decided to pitch in with dissing him as well: 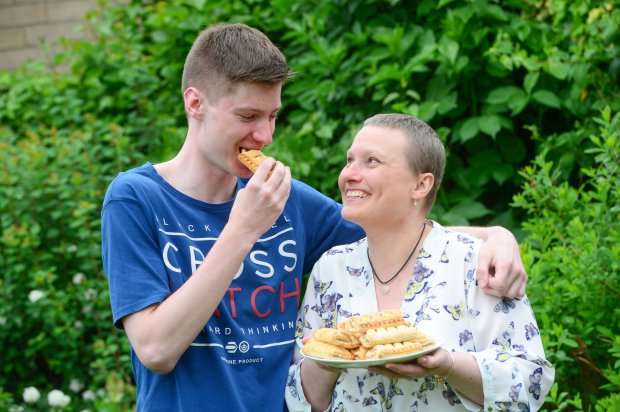 Elliott was such a fussy eater that sausage rolls were one of the only things that he would eat, and it was either him eating those or not eating at all, so he ate them for years.

It restricted his social life in many ways growing up because he couldn’t go out for meals as hardly anywhere sells plain sausage rolls.

But now he’s able to eat all sorts of food and, although he still eats sausage rolls, they are no longer his only favourite.

And it’s great that he can enjoy the summer now too – as he loves BBQ food such as burgers and ice cream!

He used to eat brilliantly as a baby, but as soon as he reached two years old he started to gag every time I gave him food.

Meal time just became an anxiety all round, and our food shop would just constantly be filled with sausage rolls, and it just got worse over the years.

I always felt guilty that, as a mother, it was the way I had brought him up – but even the doctor’s couldn’t help him so I knew it was serious.

So after looking up alternative methods I made the decision that we would try and visit David (hypnotherapist), and within two hours his phobia was gone.

He immediately started to eat good, nutritional foods, and slowly the sausage rolls became less frequent – even though he does still love them!

Yeah, the more I hear about this the more I just think Elliott is a complete and utter weirdo. I hope he enjoys eating all the food that the world has to offer but I seriously wouldn’t be too surprised if it turned out he was a serial killer or something in a couple of years. Nobody eats solely sausage rolls for 15 years without going off the deep end somehow, and the fact he’s been hypnotised just adds to this theory. You can’t really trust hypnosis – who knows what these guys are doing to your brain?