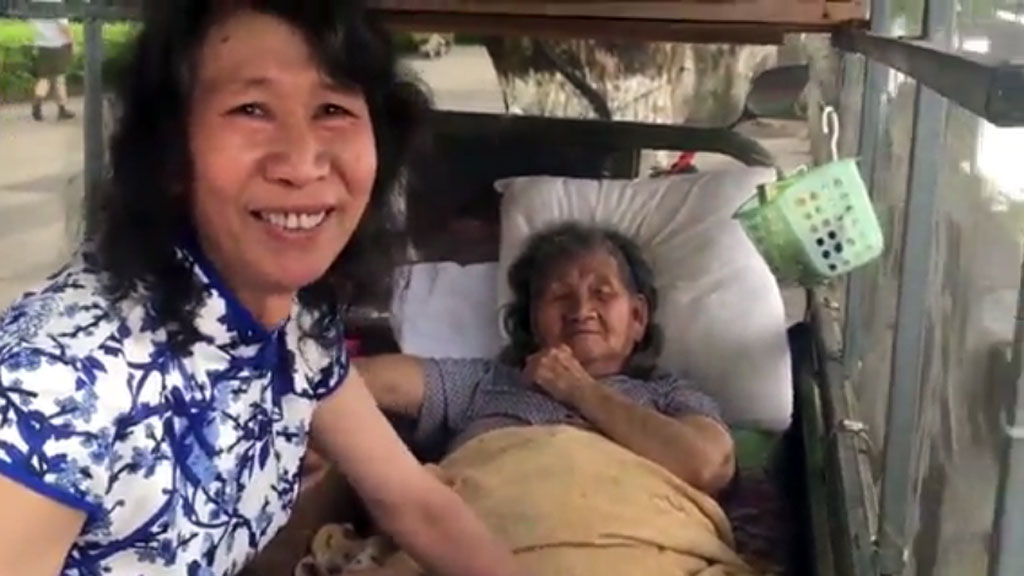 A loving son has been dressing up as his dead sister for the past 20 years to help his mum get over her grief.

The man, who is from southern China, says he doesn’t care what other people of think of him, so long as his mum’s happy. Now that is love.

His mum was so devastated by the death of his sister that she began to show serious signs of mental illness. It was then that he decided to dress up in a traditional cheongsam dress, which immediately cheered up his old dear:

She was so happy, so I kept doing it.

I’ve basically been living as a woman ever since.

I don’t own any men’s clothing.

He makes a pretty fetching woman, don’t you think?

That’s some serious devotion that guy has shown towards his mum. If there is such thing as an afterlife, this guy’s coming back as a rich and happy dude.