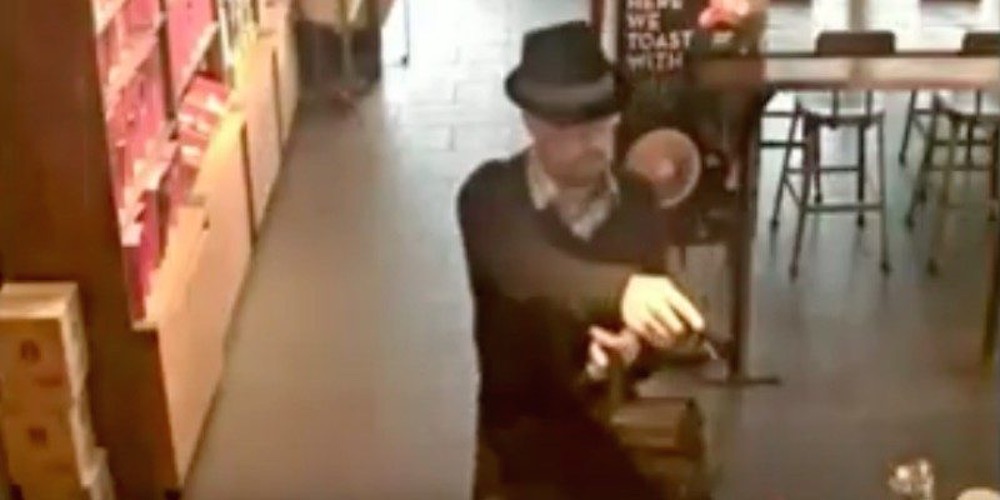 I am the one who knocks.

If you’re going to rob a Starbucks – or anywhere for that matter – it’s probably a good idea to wear a disguise or at least cover up your face so that nobody can see you.  It’s even better if you disguise yourself as a famous TV character, because if you do it well enough then nobody will even be able to differentiate between the two of you.

Bearing that in mind, I don’t know why more people haven’t employed the tactic of this sorry looking dude who saw that his only option in life was to rob his local Starbucks. I mean a Starbucks – I suppose it’s admirable that he’s stealing from corporate America but it just seems so much more open and high risk then robbing a petrol station or a liquor store. And also less likely to have as much money in it.

Anyway, I digress, this dude absolutely nailed it with his costume of Heisenberg from the outfit to the hat and even the beard. I’m not sure if old Bryan Cranston ever carried a similar bag in the show, but it definitely looks like the king of bag he would carry if he did so props for that too.

Take a look at him in action below:

Probably the classiest robbery I’ve ever seen, and what’s more his plan seemed to totally work as nobody has been able to track him down since he carried it out. The perfect crime.

In case you’ve recognised him (really? We’re just seeing Heisenberg, but that is the reason police have released the footage) then the robbery went down in some place Garland at the Starbucks in the 2100 block of Northwest Highway on Nov. 9, 2015. Sound like you know the suspect?

Probably not right. Just relive some of the best moments from Breaking Bad instead.