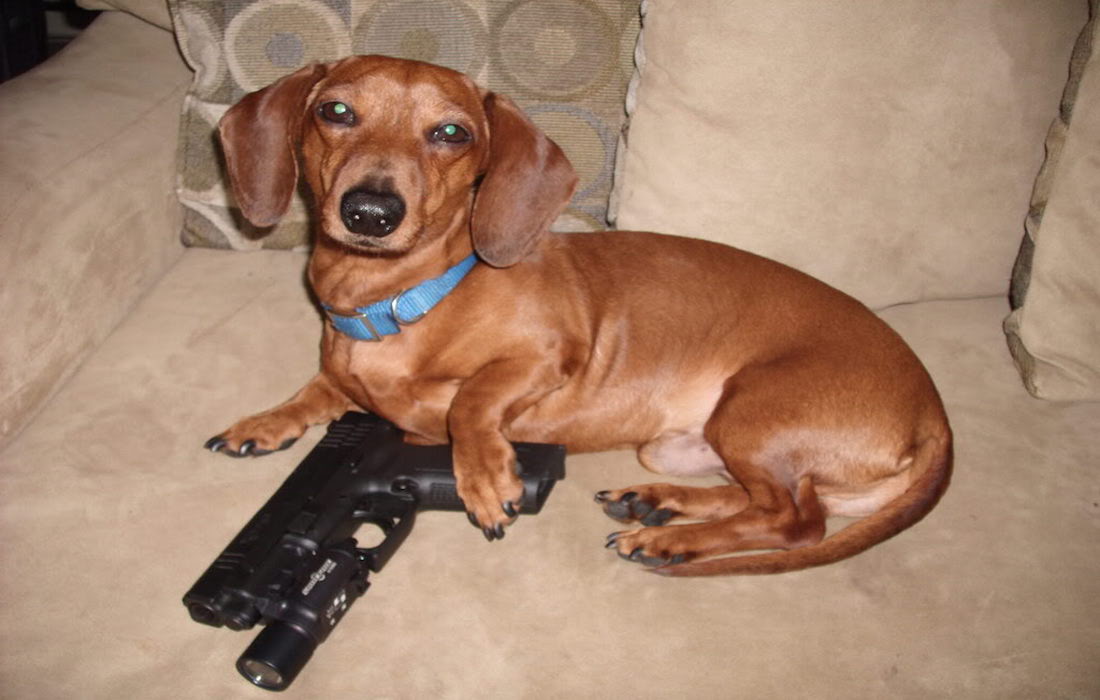 Pull the other one pal.

If two people and a dog are in a house and one of them ends up getting shot, then you’re probably going to assume that the other one did it. You would be wrong though, because it turns out it could be the dog.

Over in Jacksonville, Florida (had to be), a guy called Brian Murphy is using this outlandish excuse to explain how his girlfriend got shot. He reckons that he finished walking his dog Diesel and took him into the bedroom, where he jumped up onto the bedside table where he kept his gun and somehow it fired off into his sleeping girlfriend while she was sleeping. Sniped. 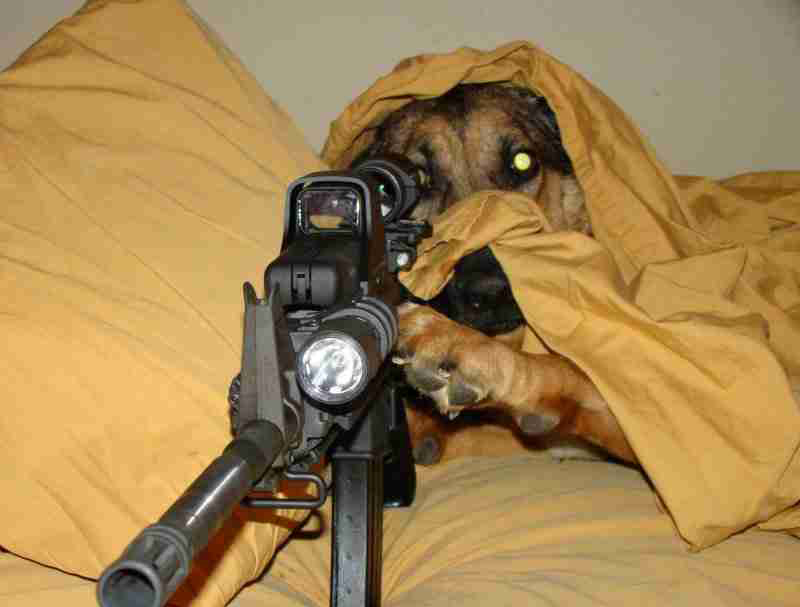 Sure, we’re all believing that one Brian. As a side note, isn’t it just so Florida how he keeps his gun on his bedside table? So manly.

The injury fortunately wasn’t life threatening as she was just shot in the leg, but hey, what a way to wake up right? Unfortunately nobody is telling her side of the story yet and we don’t know if any charges are being filed against Brian, but realistically, nobody believes this story do they? The dog did it – yeah right dude.

For more guns, here’s a wannabe gangster acting tough with a gun and almost shooting himself. Idiot.