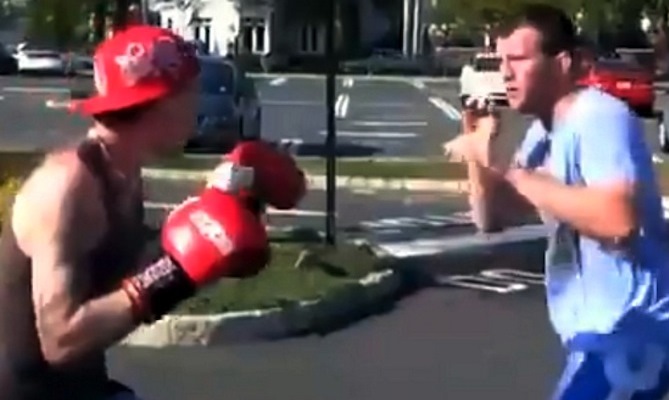 This guy challenges random people on the street to punch him in the face, and dodges every punch.

A guy named ‘Fight Smart Travis’ uploaded this video onto YouTube titled ‘How To Win A Street Fight With Head Movement”. It features him challenging a bunch of people on the street to punch him in the face, with the promise that he won’t attempt to hit back. Amazingly, he avoids pretty much every punch with some seriously slick close-distance evasive skills.

â˜› Next: Roommates Have Massive Fist Fight Over Chicken

Challengers are throwing everything they have at him — lefts, rights, jabs, hooks, uppercuts — but the guy is just too quick.

Great video, but let’s hope he remembers to retaliate when he’s in the ring, lest he end up like former UFC champ Anderson Silva.