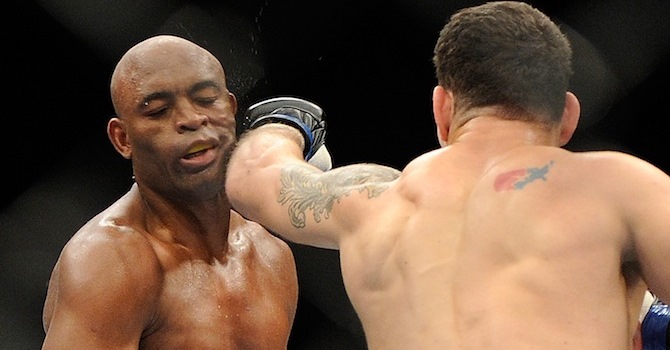 Anderson Silva was giving it the Muhammad Ali at UFC 162, and ended up getting knocked out mid-dance.

The mixed martial arts world is going crazy for Chris Weidman after he shut down the super cocky Anderson Silva on Saturday.

Weidman is a tough competitor but nobody was actually expecting him to knock out Silva, who was in ultra showoff mode throughout the entire fight. Silva is one of those guys who says he is all about respect but then shows none to his opponents in the ring.

During the first round where Silva was doing his bullshit we were yelling at the screen begging Weidman to take him to the ground. He went one better and knocked him the fuck out instead. 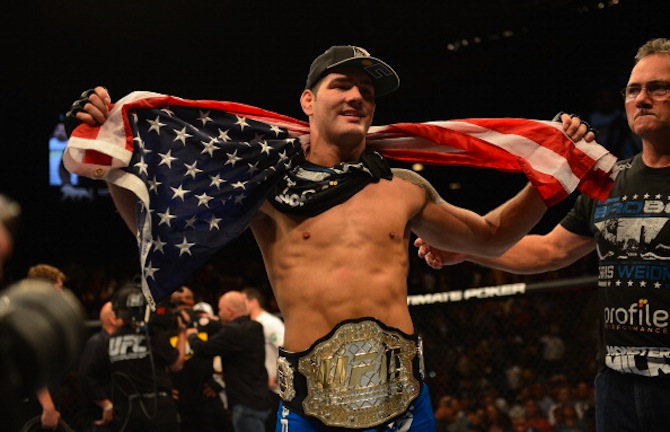 Silva is arguably one of the best UFC fighters of all time, but you can only pull this kind of cocky crap for so long before someone lands the knockout blow.

â˜› Next: Comedian Pretends To Be Mentally Challenged As He Interviews UFC Fighters

One of the greatest finishes to a UFC fight ever and a truly poetic way to end Silva’s run on top. Weidman is now the man.