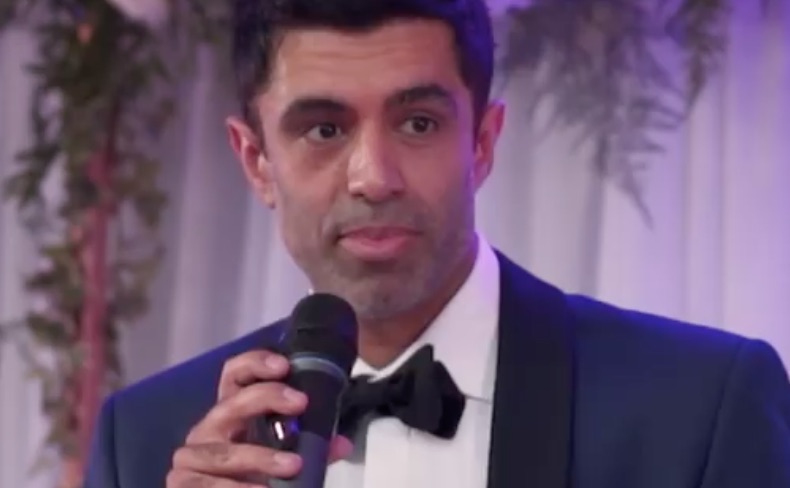 Had to be done.

The England 2018 World Cup team shot themselves into history at the weekend when they defeated Sweden 2-0 to become the first England team to reach a World Cup semi final since 1990.

Of course, it being the summer and loads of people assuming that England would be completely wank at this tournament as that’s how they usually play these things out, many people decided to make other plans so you’ve gotta spare a thought for the people who were stuck at weddings on Saturday and unable to watch the game. Unlucky guys.

However, even though this was an issue for some people, one guy called Varun Dewan managed to turn his wedding speech into a celebration of the England football team and make sure that nobody at his wedding felt left out about the fact they couldn’t see the match. It’s pretty obvious where this is going from the start, but you’ve gotta admire the balls on him for actually going through with it:

Yeah fair play to the guy. I actually went to school with him and remember him as being kinda funny, so I guess 15 years of studying viral memes have finally paid off for him by turning himself into one. I’m sure someone else must have made the same joke somewhere, but I guess his one is shot impeccably so that’s why it’s going crazy or him. Nice one.

For more of the same, check out this angry bride who decided to marry the most handsome man at the wedding rather than her actual husband to be. Yes, really.