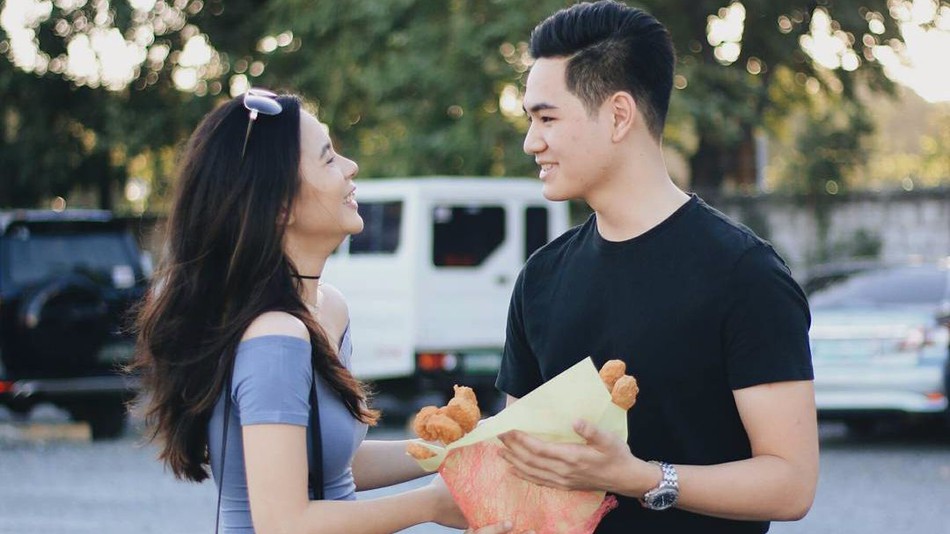 Buying a girl flowers is often a sign of affection, but what do you do when your girlfriend has specifically told you that she doesn’t like flowers?

There are of course countless options for what you could buy her instead, but the absolute best thing I have ever heard of a guy buying a girl is a bouquet of chicken nuggets. What an absolute treat and what an absolute genius Rico Villanueva from the Philippines is for surprising his girlfriend Annika Aguinaldo in this way. Here’s what she had to say about the experience:

We used to joke around that if ever he were to give me a bouquet, I’d like one of chicken nuggets or chicken wings so I could eat it. Much to my surprise, he took it seriously.

We were going to hang out with my friend who wanted to practice her photography on us and he surprised me beforehand, which is how we got the great moment photographed.

I told him I didn't like flowers, so he got me a bouquet of chicken nuggets, and I pretty much became the happiest girl on the planet pic.twitter.com/H6zLpud8wW

When I posted the tweet, I really didn’t think it would catch the attention of many. What Rico did to me was something so ‘him’ that it didn’t seem out of the ordinary.

But I’m happy that other people see something that I’ve known for a long time: That I’m one lucky girl to have a guy like him as my best friend and boyfriend.

She certainly is huh? What’s even better about this whole story is that they’ve only been dating for two months as well. At least they’ll always have these pictures when they inevitably break up in about six months. We all know the path of young love never runs smoothly.

For more chicken nuggets, check out this kid who pulled a gun on his classmate to try and steal his nuggets. Can’t blame him.