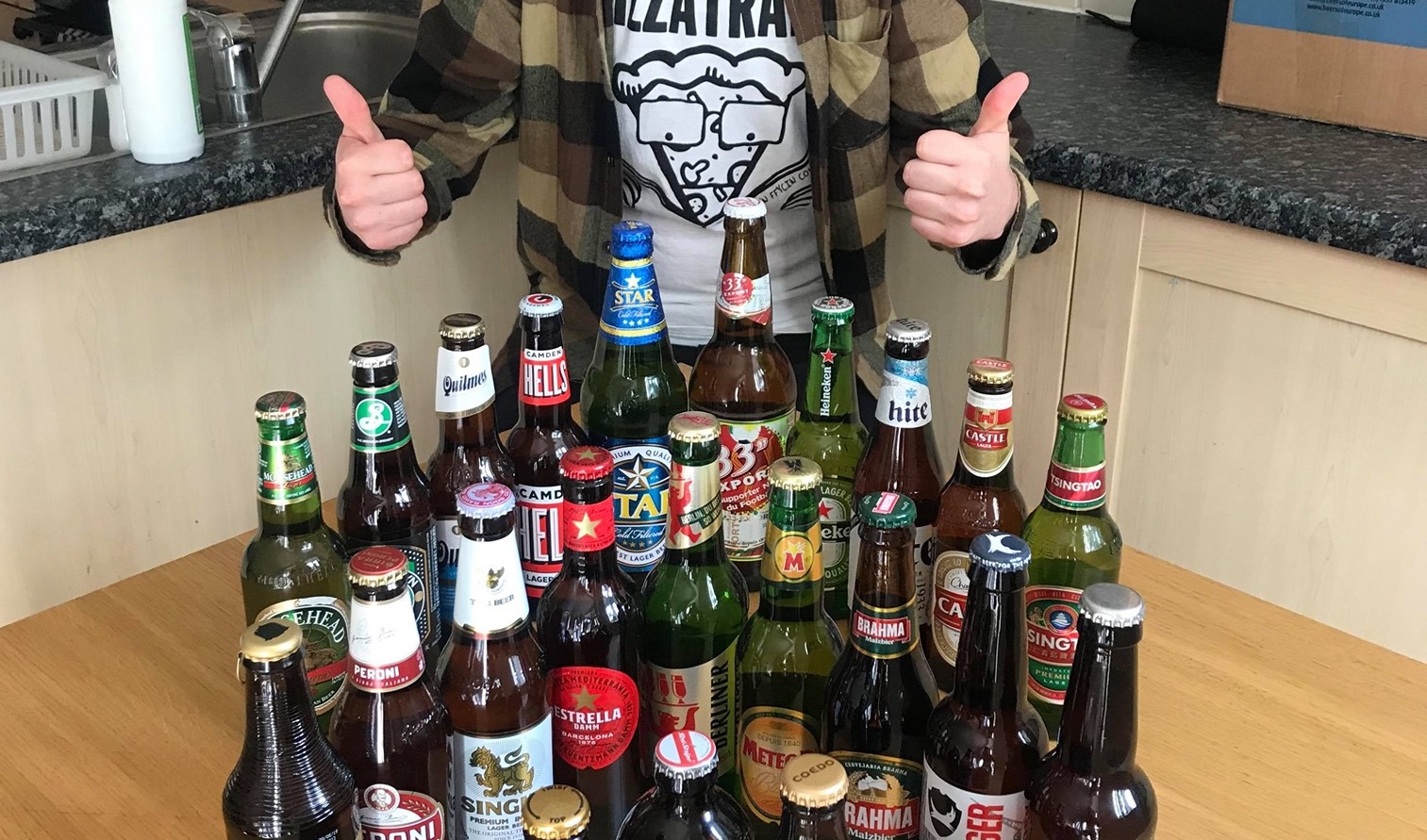 You might remember last year that some guy went viral after he bought a beer from every country competing in the World Cup and planned to drink them during a match from each team, and it looks as though he’s done it again for the women’s edition that’s recently kicked off.

Gus Hully – who looks as though he’s joined a Tibetan monastery or something in the 365 days between World Cups – decided to take to his Twitter account again to make the announcement, letting us know that he had managed to procure a beer from each of the 24 nations competing in this year’s Women’s World Cup. Here’s what he had to say about embarking on the journey again:

Only went out and got a beer for all 24 countries competing in the 2019 women’s world cup, didn’t i!? pic.twitter.com/L4fpbgjAEd

I couldn’t believe the response to World Cup Beers last year, so I was eager to do it again.

I’m big on equality – I adhere to a strict punk rock lifestyle which helped me to understand this – so thought it would be a no brainer to do it for the Women’s World Cup.

It wasn’t as difficult to assemble all the beers this time – I was an experienced hand this time – but I’d  like to give a special shout out to my girlfriend Kimberley for picking me up a bottle of 33 Export Lager from an African shop in Den Haag to represent Cameroon. I couldn’t have done it without her!

The idea is to drink the beer once the country has been knocked out, so looks like I might be drinking that bottle of Singha from Thailand fairly early on.

Obviously I’m predicting England will get to the final and I can’t wait to drink the bottle of Camden Hells in celebration when super Steph Houghton lifts the trophy!

Well good luck to you there pal. Sure you’ll probably agree that the most surprising thing about this article is that Gus has managed to bag himself a girlfriend that thinks World Cup beers are a cool idea. What the heck is that girl thinking?

For more of the same, check out what happens when you combine beers and fishing. A whole lot of fun.