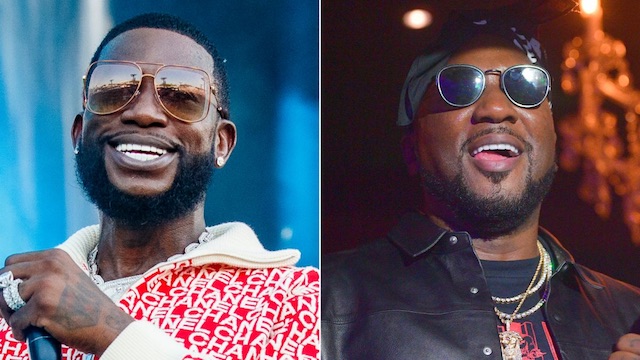 This is going to be crazy.

This might have flown under your radar due to everything that’s been going on in the news in 2020, but Gucci Mane and Jeezy are taking part in a Verzuz battle live from Atlanta tonight on Apple Music.

In case you missed it, Verzuz started this year as this year as a fun way of keeping people entertained during lockdown but has spiralled into a cultural phenomenon since it debuted. The show was first devised by Timbaland and Swiss Beatz on Instagram Live and involved the two of them going head to head with each other and picking their best songs in certain categories, then deciding which one was the best via the medium of a public vote.

Obviously this was highly entertaining and whoever appeared on the show would invariably end up dissing and bantering each other whilst the results came in. Latter episodes included battles between Brandy and Monica, Snoop Dogg and DMX and Nelly and Ludacris and regularly had more than 1 million people tuning in on Instagram Live, so you can see how it’s really taken off.

The reason that it’s a big deal that Gucci Mane will be going up against Jeezy in tonight’s offering though is due to the insane amount of beef between the two over the last fifteen years, which has even involved Gucci killing one of Jeezy’s friends when they broke into his house. It all began when they collaborated on the song ‘Icy’ in 2005 with Jeezy saying he was never paid for his part and the track winding up on on of Gucci’s albums and not one of his own.

Things escalated after this with a couple of diss tracks before Gucci was charged with the murder of Jeezy’s associate Pookie Loc. Loc had broken into a house Gucci was visiting and assaulted him, but Gucci ultimately ended up firing off some rounds and ended up icing Pookie. He was eventually acquitted of the murder after he was found to be acting in self defence.

Since then, numerous diss tracks have been released by both rappers and there have also been a couple of brawls between their entourages over the years. It basically hasn’t calmed down in the slightest, so the fact that they’re going on Verzuz and allowing the fans to decide who has the better songs sounds like a recipe for disaster – but no doubt one that everyone will be keen to tune in and watch.

It’s unclear whether they’ll both be appearing at the same venue at this point – more recent episodes of Verzuz have done this, but early ones took place over the internet – and you would think that it would be ill advised given their history. Hopefully it will though because like I said earlier, that’s the stuff that people want to be seeing.

Gucci has even decided to throw a little bit extra kerosene on the fire before the big battle tonight as well by posting a meme on his Instagram account dissing Jeezy’s dead friend. I’m sure that’s gonna go down well:

Damn that’s cold. Gucci had better be careful or he might get his eyebrows singed off later on tonight. Or maybe his whole face.

To be honest I would be surprised if they didn’t all bring guns to the event given how much beef there seems to be between the two of them. Or even if it was happening in separate locations it’s the kind of thing where one of them would hire a hitman to turn up at the other one’s venue. Crazy shit is gonna be going down though that’s for sure – make sure you tune in.

For more of the same, check out these videos of Gucci Mane watching ‘Game Of Thrones’ on Snapchat. That was pretty funny.