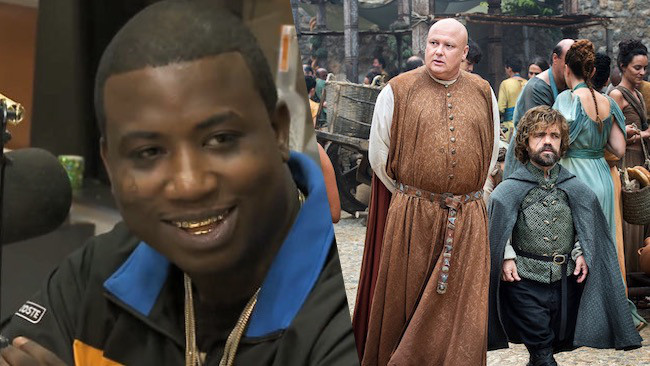 Having been in prison since September 2013 up until 2 weeks ago, Gucci Mane is understandably a little late to the ‘Game of Thrones’ party.

Well he’s putting his freedom to good use by catching up on all the episodes he missed, and the other night was even Snapchatting his own commentary of the latest one – Season 6, Episode 8.

That was a pretty sick episode, so it’s no surprise Gucci Mane loved it. We had the Hound back to his brutal best, The Mountain literally ripping some dude’s head off, and Arya being a badass as usual. I mean it’s no wonder Gucci Mane would rather sit on the couch with his girlfriend and watch ‘Game of Thrones’ instead of popping bottles at the club or doing drive-bys on his enemies or whatever he did in his pre-prison days. Hopefully he’ll hit us with another ‘Game of Thrones’ commentary next week.

To read about the ruthless girl who sends her ex-boyfriend ‘Game of Thrones’ spoilers every week, click HERE.