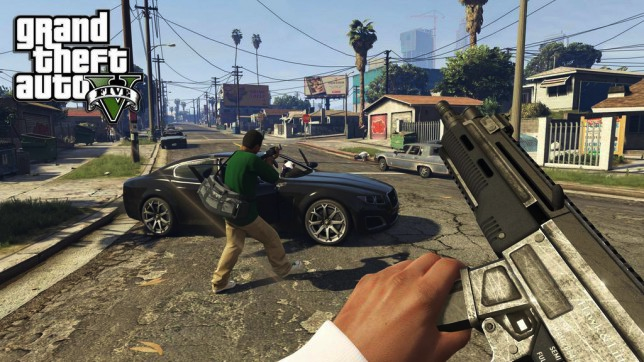 Just when you thought the hype surrounding GTA V had finally died down, they go and drop this.

Grand Theft Auto V dropped last year and was one of the greatest video games of all time for multiple reasons – like completely sick car chases and this grandma’s murderous rampage – but we haven’t had much to say about it since the start of the year because everyone bought it, nailed it and then went back to playing FIFA/COD.

Not anymore though. The first trailer of GTA V Remastered dropped yesterday and it promises to add a whole new dimension to the game by being completely in first person mode. I’m not sure how that’s going to work for some of the more difficult parts of the game like those car chases I was talking about earlier, although it’s being claimed that the controls have been redesigned so that moving, driving and aiming works better in first person mode. Either way, there’s no doubting that it looks gorgeous and will definitely be worth playing.

The first person mode comes as an extra option on the next generation versions of the game that will be available shortly on Xbox One and PS4. There are also a bunch of new options for it including new side quests, 1080p graphics and rail guns. Inevitably everyone that bought the first one will probably end up buying this one too, and who can blame them?

Check out the video below, and make sure you hit that 1080HD setting.