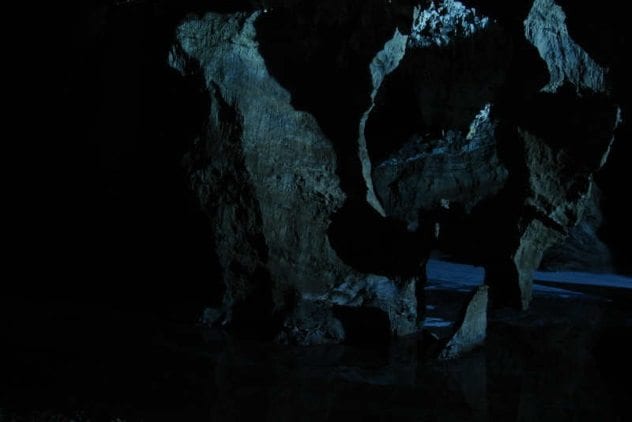 In what can only be described as the setup for a bad horror movie, a group of 15 people over in France have volunteered to be locked in a pitch back cave for 40 days in an effort to investigate a scientific phenomenon known as ‘Deep Time’.

The contingent comprises seven men and eight women and is led by a guy named Christian Clott (pictured below) who definitely looks like a wannabe super villain and who was inspired to lead the investigation after his isolation during the COVID-19 crisis. The French media has criticised him though as he describes himself as a researcher despite having no formal scientific training. That doesn’t sound like a red flag at all does it?

Anyway, the seven women and eight men were sealed in the Lombrives cave in Ariège, France on March 15th and will remain inside it in pitch blackness until April 22nd with no access to phones, watches or any way to tell time in the outside world. They have four tonnes of supplies and a pedal drive dynamo light though  in case there are any emergencies, so they should be ok!

Here’s what the group’s website said about the experiment: 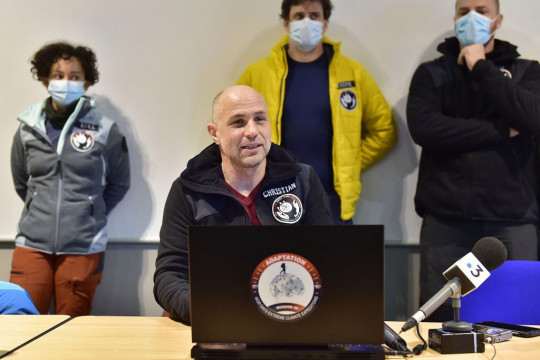 We are trying to learn the links between our brains and time, as well as with the capacity of functional synchronisation within a group.

Losing time is the greatest disorientation there is.

It is this aspect that the mission Deep Time wants to understand better.

Because to this day, we do not know how our cognitive system understands and manages this indefinite continuity, this environment where the succession of events and phenomena takes place, even beyond this variable that we could call the biological clock in chronobiology.

I don’t know about you, but the more I hear about this the more I think it’s an absolutely terrible idea. Not only would being stuck in a cave for 40 days in pitch blackness with 14 people I didn’t know be a completely bizarre and awkward experience – seriously, you’re not gonna be able to see anything – but there just sounds like there’s so much that could go wrong with it and one of them is clearly going to turn into a psycho and kill the others or something.

It’s literally waiting for that to happen isn’t it, just like that the Stanford Prison Experiment where the guards completely brutalised the prisoners. Or Event Horizon. Or any movie in the horror genre, only multiplied massively on the bad idea scale. Can’t believe anyone is even agreeing to it to be honest. .

And we haven’t even mentioned Coronavirus! I hope all these people tested negative before heading into a confined space for so long. Jesus.

For more of the same, check out the Stanford Prison Experiment movie. That shit is messed up.