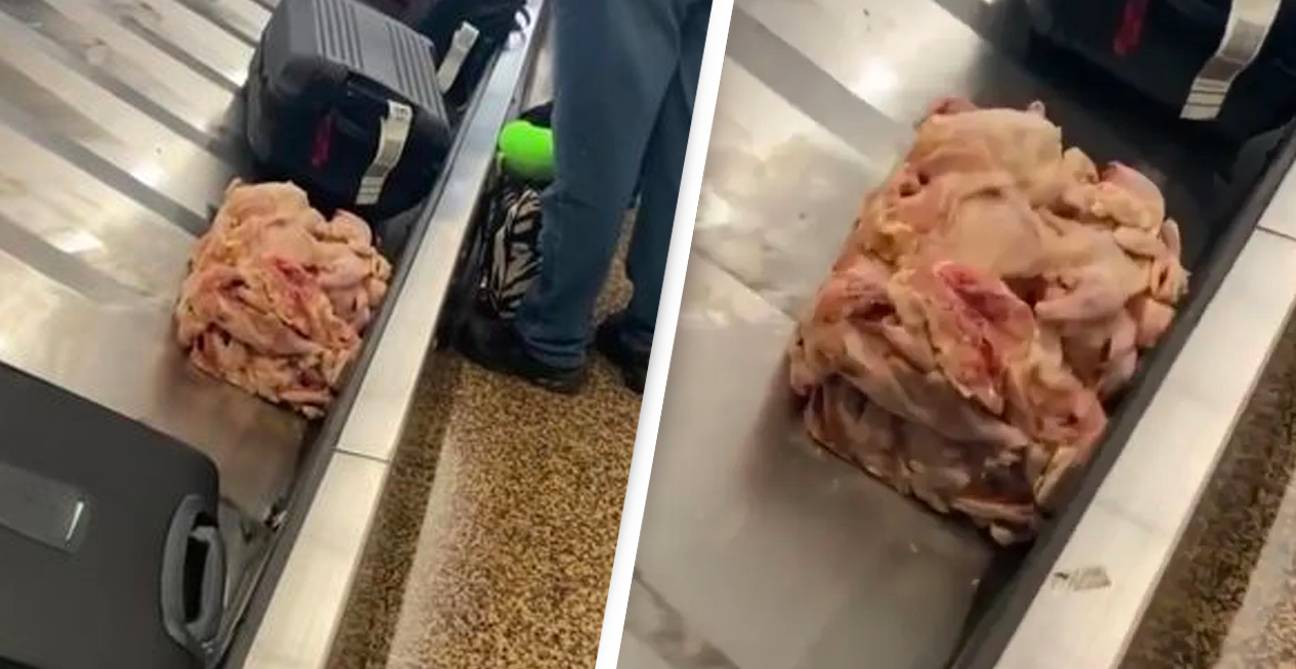 One of the most annoying parts of any holiday is waiting to pick your bags up on the baggage carousel, but I doubt anyone has ever been faced with a monstrosity like that which you can see in the video below.

The footage comes courtesy of the TSA over in Seattle, Washington who decided to film a disgusting cube of raw meat that had somehow found its way onto the baggage carousel and then upload it onto their Instagram and make a few jokes about it. Not really sure if that was the best tactic for them as it’s hardly going to endear them to the public, but the video does has over half a million views so if you follow the trope that there’s no such thing as bad publicity then I guess it’s at least doing something right.

Yeah those jokes really don’t hit as well when you’re the Transport Security Administration and don’t really know how a rank ass cube of raw meat has ended up on your baggage carousel and are just laughing about it instead. Not sure if anyone picked it up in the end or whether the airport security had to dispose of it somehow, but you can bet that anyone that experienced seeing that coming around the carousel isn’t going to forget it in a hurry any time soon.

For more of the same, check out when people started eating rancid raw meat earlier this year in an attempt to get high. Rank.