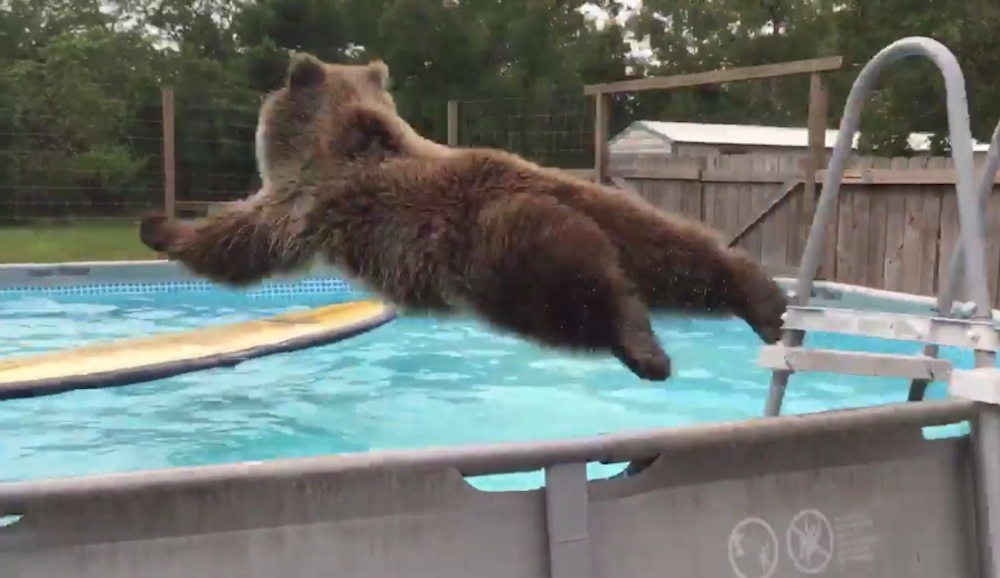 What a cool dude.

Grizzly bears can be absolutely terrifying – we all know that – but it turns out that they can also be insanely cool dudes too like this guy called Bruiser shows us in this short video.

In it, he looks like he’s having a completely awesome time as he climbs up the ladder into a paddling pool and then belly flops in and has a go on a little surfboard too. Not content with this though, he climbs out of the pool and then does it again. And presumably does it again and again after this clip ends because he loves it so much. What an absolute cutie.

Bruiser is a four year old bear who is an animal ambassador for the charity Single Vision. They care for exotic animals and also help to raise awareness about conservation issues. It also seems like they have a lot of fun watching bears jump into paddling pools and filming it too.

Bruiser also likes destroying cardboard boxes in his spare time, so he’s not doing a disservice to all the super tough grizzly bears out there – like this guy trying to kill a man riding through the woods – either by frolicking around in a pool all day. This is only a small part of his life, although it does look like the most fun.