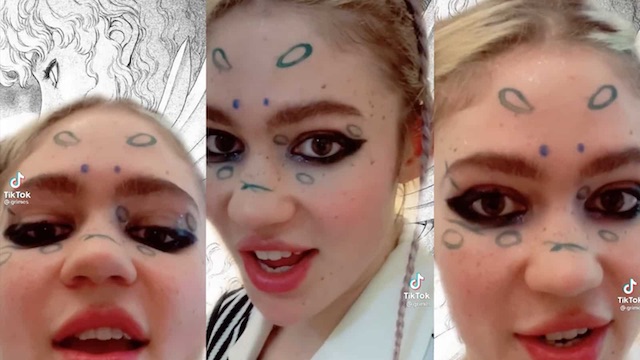 I’ve gotta say that it feels like we haven’t really been hearing much from Grimes recently, but here she is back with a bang in a new TikTok video where she explains the link between communism and artificial intelligence. Because of course she did.

Anyway, here’s what she’s got to say about it:

@grimesA.I. Is the fastest path to communism #ai #communism #farming

Typically, a lot of the communists I know aren’t particular fans of AI, but, if you think about it, AI is the fastest path to communism.

So, if implemented correctly, AI could theoretically solve for abundance – like, we could totally get to a situation where nobody has to work, everybody is provided for in a comfortable state of being/comfortable living.

AI could automate all the farming and weed out corruption, thereby bringing us as close as possible to genuine equality.

So basically, [it would be] everything that everyone loves about communism without the collective farm.

Because, let’s be real, enforced farming is really not a vibe.

I don’t even really know what to say about that. The fact is that Grimes is married to the richest man in the world so knows a level of luxury that literally nobody else in the world can experience, but apparently still thinks that it’s kooky and cool etc to make stupid videos like this where she espouses her ridiculous world views on her followers. What an absolute tool. Can’t believe I used to like her music.

Worst thing about it is that some idiots are going to think that this is the absolute truth and use this argument in their every day lives and defend it to the hilt. Really hope nobody is stupid enough to try and implement it either, but I suppose Grimes already has Elon Musk so why does she need anyone else to do that?

For more of the same, check out this post from two years ago where I said Grimes was being even more of a dickhead than usual. Good to see she’s continued that upward trajectory.