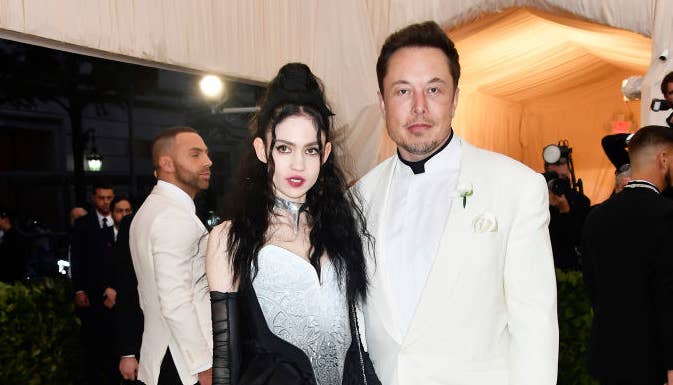 You may have forgotten that Grimes was due to give birth to Elon Musk’s baby around now given everything that’s currently going on in the world, but don’t worry because they’re here to make sure you know all about it by giving it (I’m saying it because it’s being raised gender neutral obvs) one of the most ridiculous names imaginable.

Elon Musk took to Twitter this morning to announce the birth of their child and also reveal its name and, well, get a load of this:

Lol. I’m thinking that’s probably a joke because Musk has known to be really stupid on Twitter in the past, but I suppose the real joke is that he’s given us all that name and nobody knows if it’s actually true or just a joke. Aren’t him and Grimes just the best ‘performance artists’ out there?

To be honest I kinda thought they would give their baby a name something more like ‘Defensoid Prism Apathy’ or some other random collection of words that didn’t make sense, but X Æ A-12 Musk is even more on brand than anything I could come up with in my stupid little brain. Kinda hoping/thinking that it’s real, but I guess only time will tell.

For more of the same, check out Elon Musk wiping out $13 billion of Tesla shares with one tweet. What a legend.