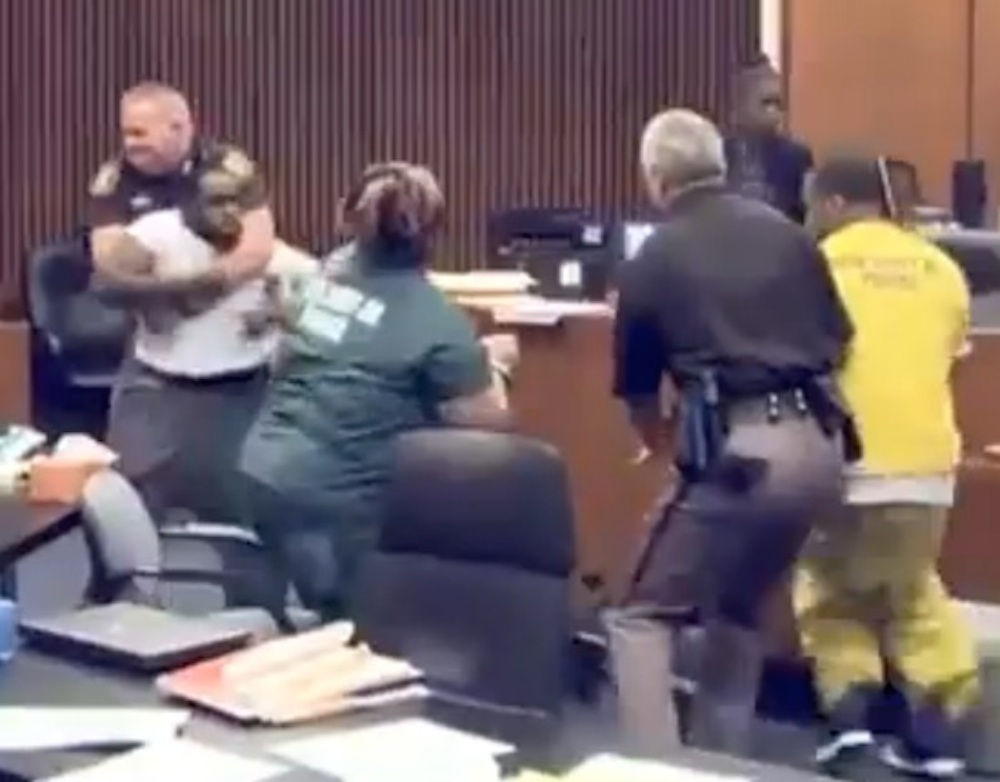 Over in Detroit, a fight broke out in the middle of a courtroom after a grieving father punched his daughter’s killer in the face as he read a victim statement during sentencing.

Dwayne Smith was understandably distraught after his three year old daughter Jamilia was killed by her mother Jasmine Gordon and her husband Clifford Thomas. The pair claimed that the girl had hit her head at their house and took her to the hospital after she had stopped breathing, but experts later ruled that she had suffered severe head trauma at their hands and her death was actually a homicide.

Gordon was sentenced to seven to 15 years for involuntary manslaughter and 14-25 years for first-degree child abuse, to serve concurrently, whereas Thomas was sentenced to six to 15 years for involuntary manslaughter. Despite these punishments, Smith still wanted to take matters into his own hands and laid the smack down on Thomas as he sat in the courtroom as you can see below. And who could blame him? If somebody killed my innocent three year old daughter by beating the crap out of them then I would probably act the same way, only more extremely really to be honest.

The fight gets broken up fairly quickly but it still seems like total chaos in the courtroom, as Gordon constantly scream ‘Jesus’ over and over again as her lawyer tries to console her. Dwayne Smith himself was removed from the courtroom and not allowed to return, but luckily was able to avoid charges as the judge cut him a break an decided not to hold him in contempt of court.

Check out this video of a psycho killer acting completely possessed and disturbed in court for more strange goings on in the courthouse.