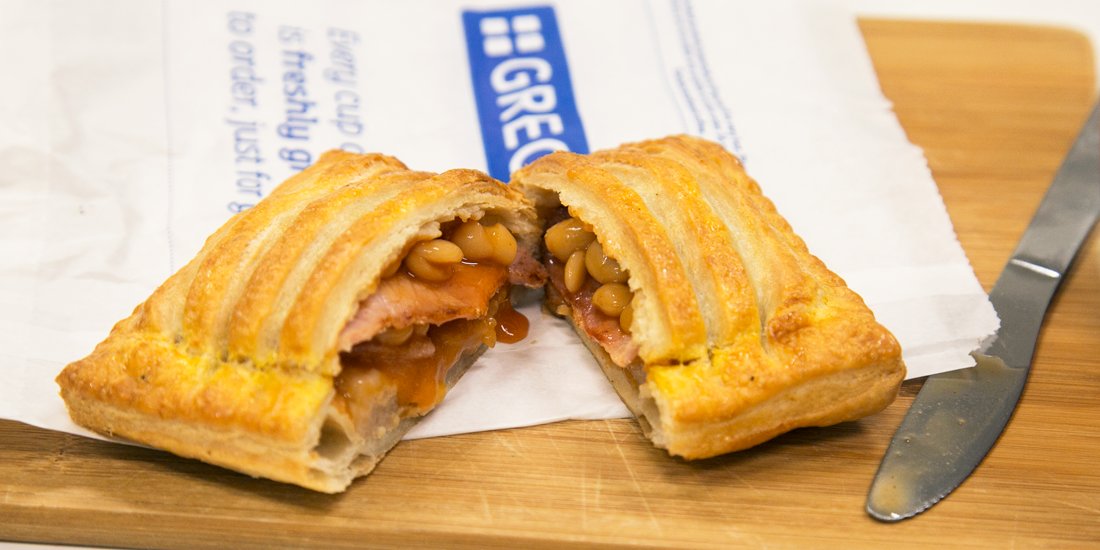 Greggs is one of the nation’s best loved bakers and with good reason – their pasties are just the right combination of cheap and tasty that everyone loves.

Whilst it’s usually pretty rare for Greggs to create new pasties – it really doesn’t happen hat often and when the staples like the chicken and steak bakes are so good, do they even really need to? –  every time that they do give an inking of a new flavour to come, it gets everyone very, very excited. That’s why everyone completely lost the plot when they tweeted out the following picture yesterday:

Yeah, that’s exactly what it looks like: a full English breakfast bake. And yeah, it does look absolutely delicious although I can imagine the reality would be somewhat messier and rougher than how great it looks in that picture.

Unfortunately for everyone who went absolutely wild at the idea (including me), it turns out that this is only a work of fiction, at least for now:

Damn. Even though I have my reservations about how nice that would actually be, there’s no way I wouldn’t be trying that if it did exist. Given the mass public support for such an idea too, I don’t think it’s too preposterous that Greggs might actually start work on developing an item like the Full English Breakfast Bake. I know that it wold make a lot of people happy for a fact. Do it.

For more Greggs, check out the Greggs Bakery challenge. Could you complete it?