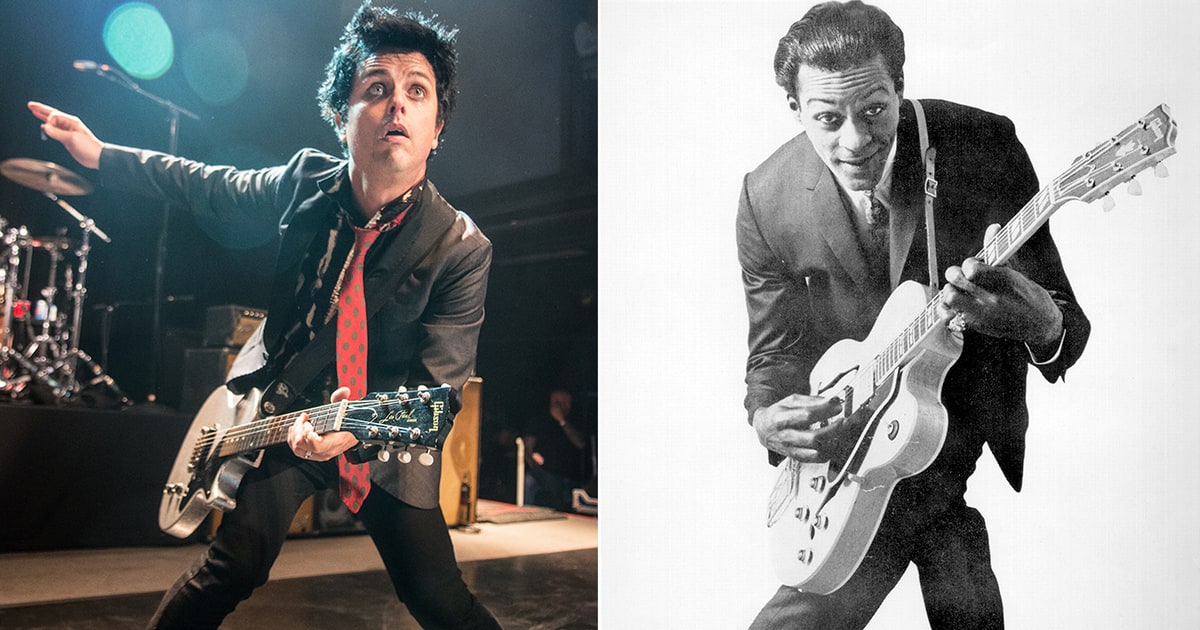 One of the most influential rock ‘n’ roll musicians of all time, Chuck Berry, sadly passed away over the weekend at the age of 90, and a whole host of musicians paid tribute to him in a variety of ways due to his incredible contribution to it.

However, the only one I heard of that actually decided to cover him live as part of their show that evening was Green Day. I was kind of surprised that Billie Joe could actually shred as hard as Chuck as it’s not exactly something he’s known for, but here he is at the arena in London, Ontario in front of 20,000 people playing the start of Johnny B. Goode before proceeding to absolutely smash it with the rest of his band (including a saxophone solo towards the end). Nicely done:

Ok so Billie can’t really sing like Chuck but who can? Give the guy a break. It’s a nice touch from a band that probably owe a lot to the spirit of Chuck, if not so much to the music himself. Nice one guys.

For more Green Day, check out Billie Joe in a new movie where he pretty much plays himself. Typecast.