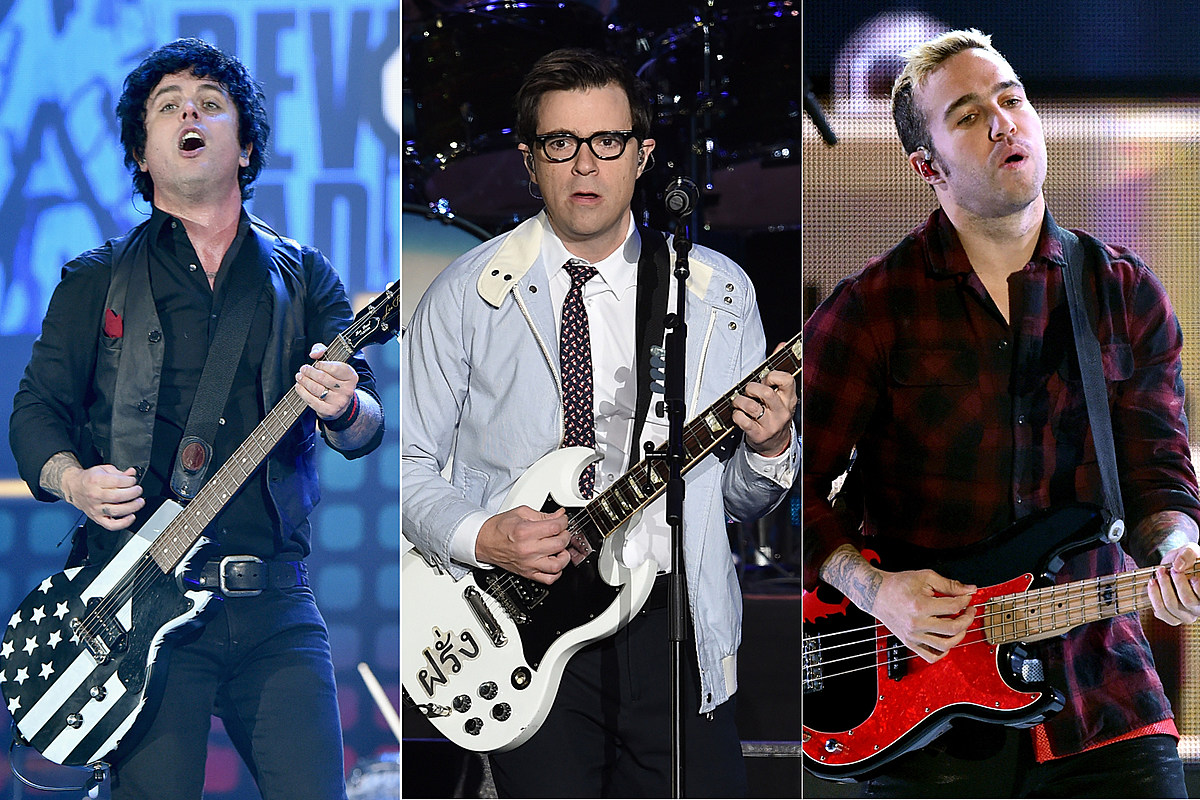 There aren’t too many bands in the last thirty years that are bigger than Green Day, Fall Out Boy and Weezer, so when the three of them get together it’s gonna be something pretty goddamn massive.

Green Day themselves could and probably have already done a stadium show in this country, so bringing along Fall Out Boy and Weezer for a massive Monsters Of Rock style event pretty much guarantees that all the venues are going to sell out. All three bands also decided to release new music to coincide with the announcement of the Hella Mega Tour yesterday and well, you can decide for yourself if you think any of them are any good by taking a listen below.

Yeah, pretty meh right? The fact is that anyone going to this tour is only going to hear the classics and is probably going to head to the bar when they play any new songs, but I suppose they kinda have to put out new music just to justify touring again. Would be great if they just played the hits though, right?

Anyway, tickets for the show are £70 and go on sale next Friday at 9am. Here are the tour dates:

Good luck getting a ticket. Hopefully it’ll be worth the hefty price but you gotta wonder how much fun standing all day in a stadium miles away from your favourite bands that probably aren’t even going to play your favourite songs is going to be. And don’t forget the hefty bar queues and overpriced beers as well. Just saying.

For more of the same, check out this incredible tribute Green Day made to Chuck Berry last year. Really something else.