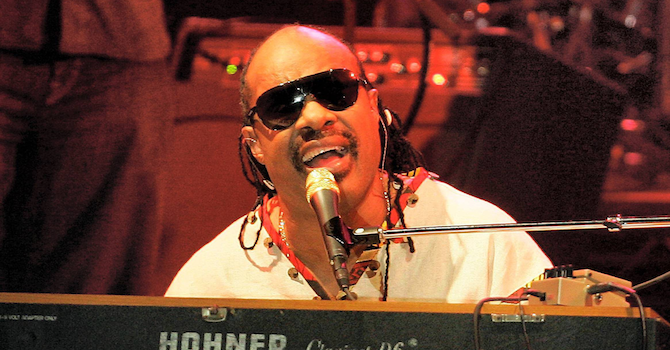 This Greek woman blacked up and pretended to be blind so she could emulate her musical idol. All totally normal and above board.

Remember when we had Stars In Their Eyes in the UK, where spot welders from Orpington would have the chance to realise their lifelong dream of being Mick fucking Hucknall? Well, where suburban England goes, the Greeks go one step further.

This totally non-black, non-blind woman decided that her calling was to morph into everyone’s favourite totally black, totally blind piano stroker Stevie Wonder for one night. On national television. We’re not 100% sure whether they’ll be some sort of backlash here, or whether the entire world will sort of just excuse the behaviour of someone so clearly not all there.

Check it, and try not to laugh when she breaks into Stevie’s signature dance moves around 1:07:

Next: Batshit Mental Amanda Bynes Gets All Racist At Rihanna