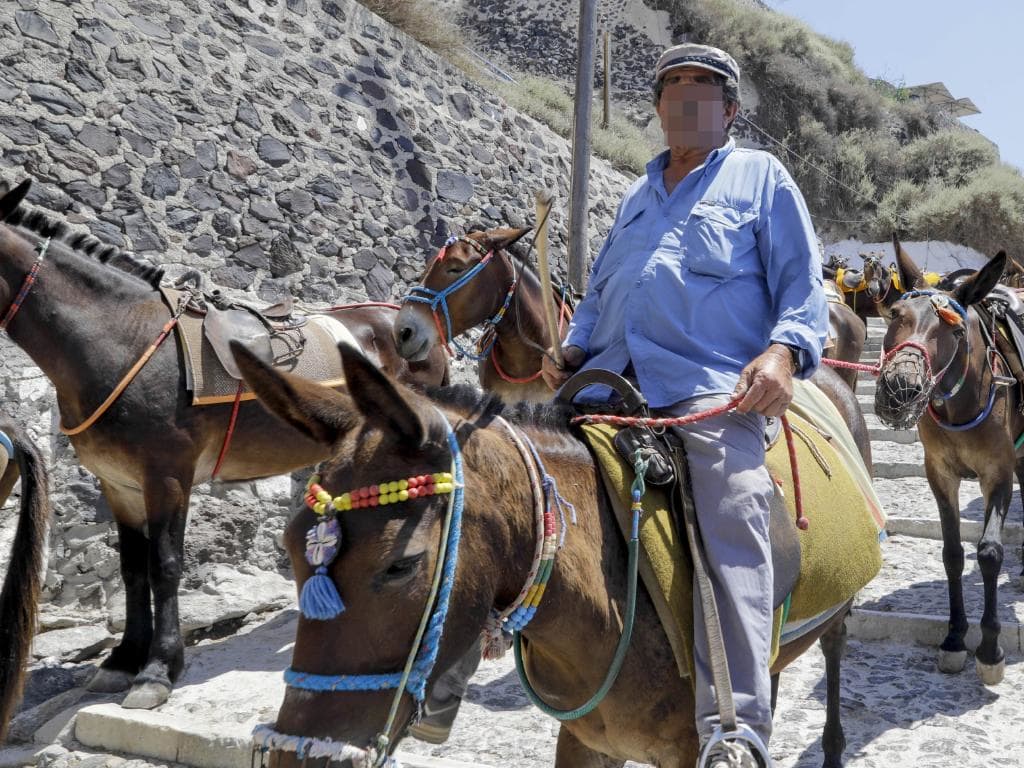 I wasn’t aware of this, but apparently if you visit Santorini in Greece, then one of the major tourist pastimes is to go riding around on donkeys and these donkeys would have to carry god knows how many tourists around on their backs every day, irrespective of how much said tourists weighed and the physical stress it may have placed upon them.

As you might expect, a bunch of fatass Brits (and other nations sure) like to spend their holidays in a place like Santorini, so this pretty much could have been classified as a form of animal abuse for these poor donkeys. Nothing has been done about this though until the last couple of days, when the Ministry of Rural Development and Food posted a new set of guidelines stating that donkeys would not be allowed to carry anyone who weighed more than 100kg/15 stone.

It was also stated that they would be given appropriate amounts of fresh food and fresh water and would not be made to work long hours with ill fitting saddles. Sounds like a result for everyone involved, as earlier this year the conditions were described as follows by Christina Kaloudi, who set up the Santorini Animal Welfare Association: 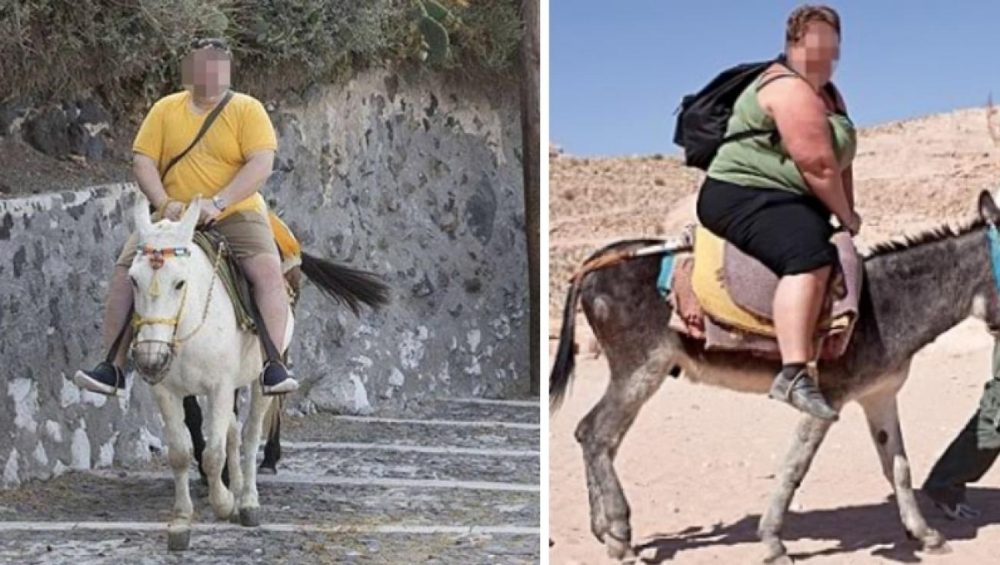 The obese and overweight tourists, combined with the lack of shade and water as well as the sheer heat and 568 cobbled steps, is what is causing such a problem.

There should be a weight restriction. With donkeys it is should be no more than 50kg, but how would that be imposed and who would be there to make sure that happened?

Now they’re having to resort to using cross-bred mules, because the donkeys just aren’t strong enough.

We don’t want to stop the locals making a living or using donkeys on the steps but to look after them in a fair and humane way.

OK so maybe they haven’t quite got it down to the 50kg that Christina wanted, but it’s gotta be worth something that they’ve at least put this ban in place. Also I doubt anyone would be riding on the donkeys at all if they were only allowed to carry 50kg worth of people, so you’ve gotta think of the livelihood of the people that own them as well. This seems like a fair compromise to begin with at least.

For more donkeys, check out these donkeys that are being slaughtered in the world’s cruellest abattoir. Very disturbing video.