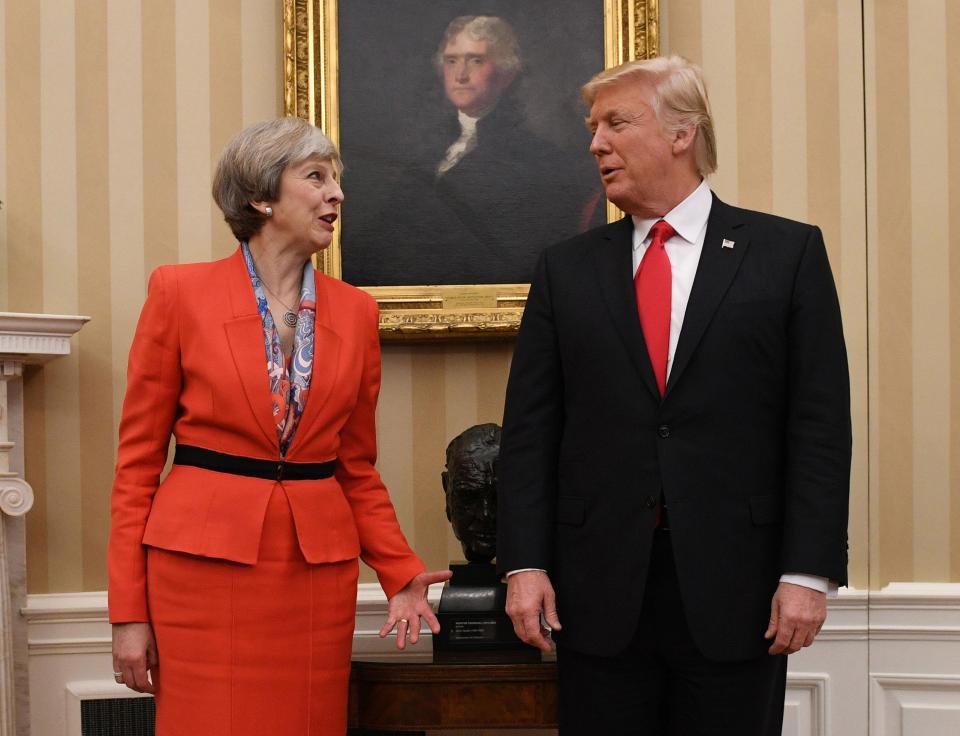 Ever since they were photographed holding hands, Theresa May and Donald Trump’s “special relationship” has been the butt of many jokes.

The latest comes from street artist Pegasus who created a jaw-dropping mural in Shoreditch, featuring an incredibly disturbing sight through an imaginary key hole. Theresa May spanking Donald Trump – that image will be seared into my memory forever: 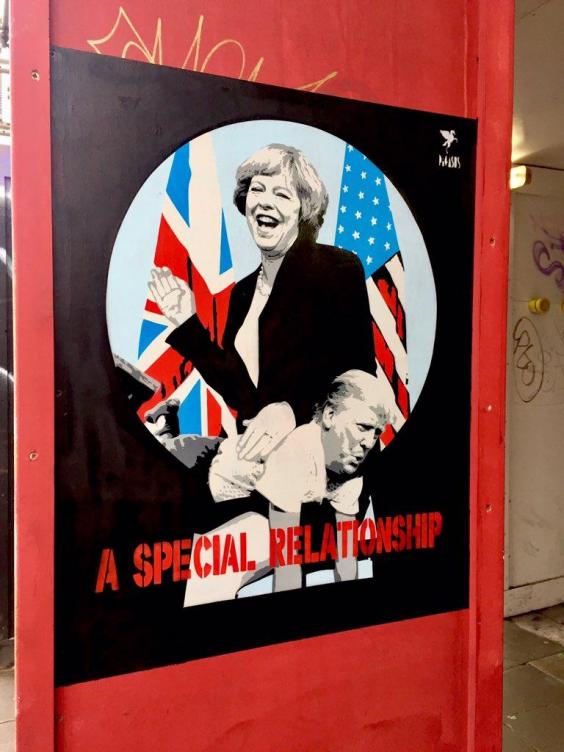 The keyhole was my way of pointing out that so much activity happens behind closed doors which we may never know about.

I understand Theresa May must be in a difficult situation, if we cannot trade freely with Europe, and we can’t trade with America, who else can we trade with?

But I, along with millions, were hoping that she would pull him up on some of his divisive policies.

Her press conference, the infamous photo of them “holding” hands and her response to his travel ban made her come across as submissive to him.

I am definitely not a Trump fan. I cannot even bring myself to refer to him as the President because the reality of it seems like a terrible nightmare.

Sadly there will be more Trump related pieces to come over the next painful four years. Every time he opens his mouth it gives me more and more material to work from.

At least Trump has provided endless material for satirists. He’s the joke that keeps on giving.