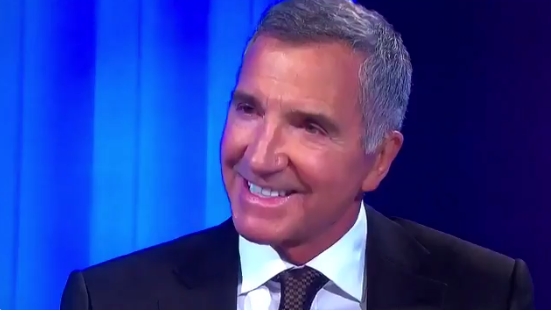 Graeme Souness is well known for being a bit of a dickhead when it comes to punditry as he’s almost always complaining about something that the team he’s watching are doing. As such we very rarely ever get to see him happy on the television.

This all changed on Tuesday night though when he was providing analysis of Leicester’s match against Athletico Madrid on Irish television station TV3. Souness was talking about how the English game no longer prided itself on aggressive tackles and direct tactics and now had too much of a European influence, when the presenter suddenly asked him if he voted for Brexit. He was quick to admit that he did, and made one of the weirdest and smuggest faces I think I’ve ever seen:

Lol. I hope the wind didn’t change and he’s not stuck like that. It’s almost a look of complete satisfaction, yet crossed with the look of someone having a brain haemorrhage. Never seen anything like it before.

For more stupid faces, check out when Dappy from N Dubz got one of the stupidest ever tattoos on his face. Probably still there.