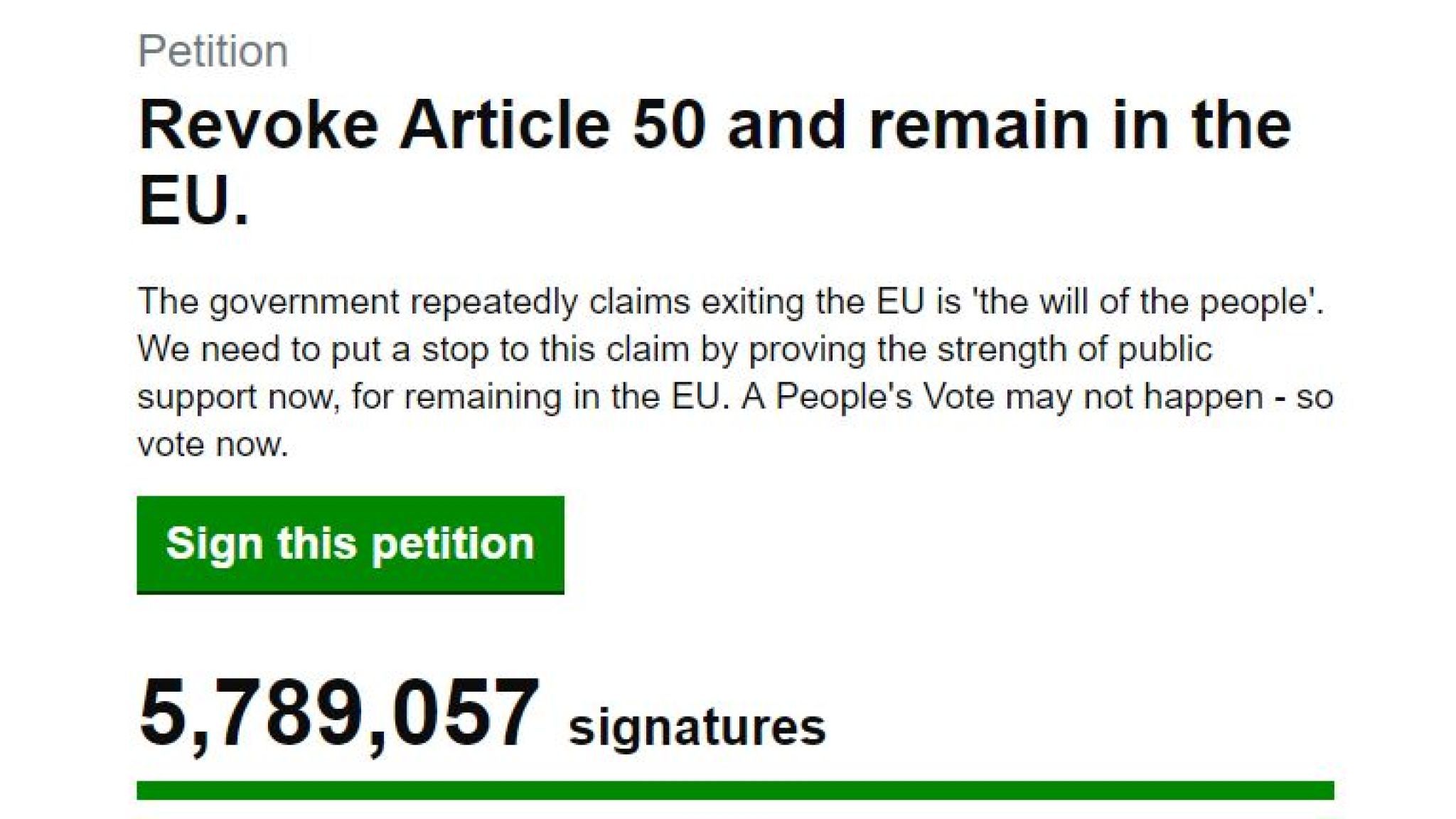 If you’re a Remainer, then no doubt you’ve been vaguely excited/amused about that petition that’s been going around on the internet to revoke Article 50 that’s the fastest growing petition of all time and has amassed around 6 million signatures at the time of writing. 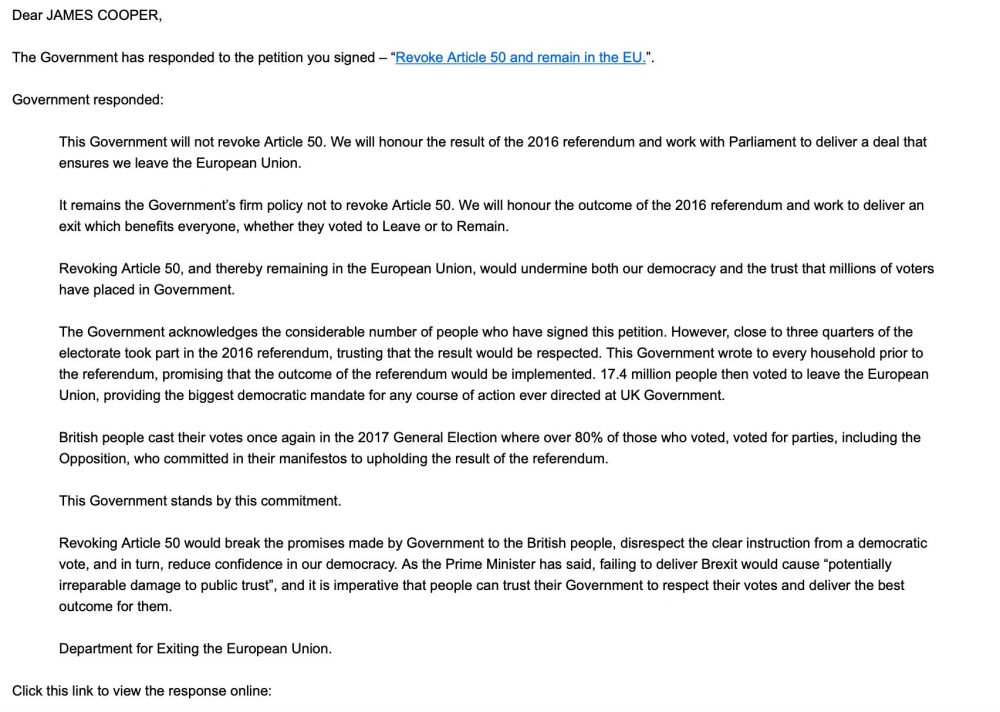 This government will not revoke Article 50.

We will honour the result of the 2016 referendum and work with Parliament to deliver a deal that ensures we leave the European Union.

The government acknowledges the considerable number of people who have signed this petition. However, close to three-quarters of the electorate took part in the 2016 referendum, trusting that the result would be respected.

This government wrote to every household prior to the referendum, promising that the outcome of the referendum would be implemented.

“17.4 million people then voted to leave the European Union, providing the biggest democratic mandate for any course of action ever directed at UK government.

British people cast their votes once again in the 2017 General Election, where over 80 per cent of those who voted, voted for parties – including the opposition – who committed in their manifestos to upholding the result of the referendum.

This government stands by this commitment.

I mean I suppose that’s fair enough and you can’t really argue with that can you, at least not until you get over 17.4 million votes. Or maybe 10 million votes from people saying that they’ve changed their mind since the referendum, but there’s no way of verifying that either so what’s the point? Give up, it’s not going to happen.

As a little footnote to this, the petition will be debated in the House of Commons’ secondary chamber Westminster Hall on April 1st next week. Think the fact it’s happening on April Fool’s Day pretty much sums it all up. I trust it will be scheduled for after midday – then we’ll all know who the fools are.

For more on Brexit, here’s a Brexit survival box that you can buy for just £300. Bargain.