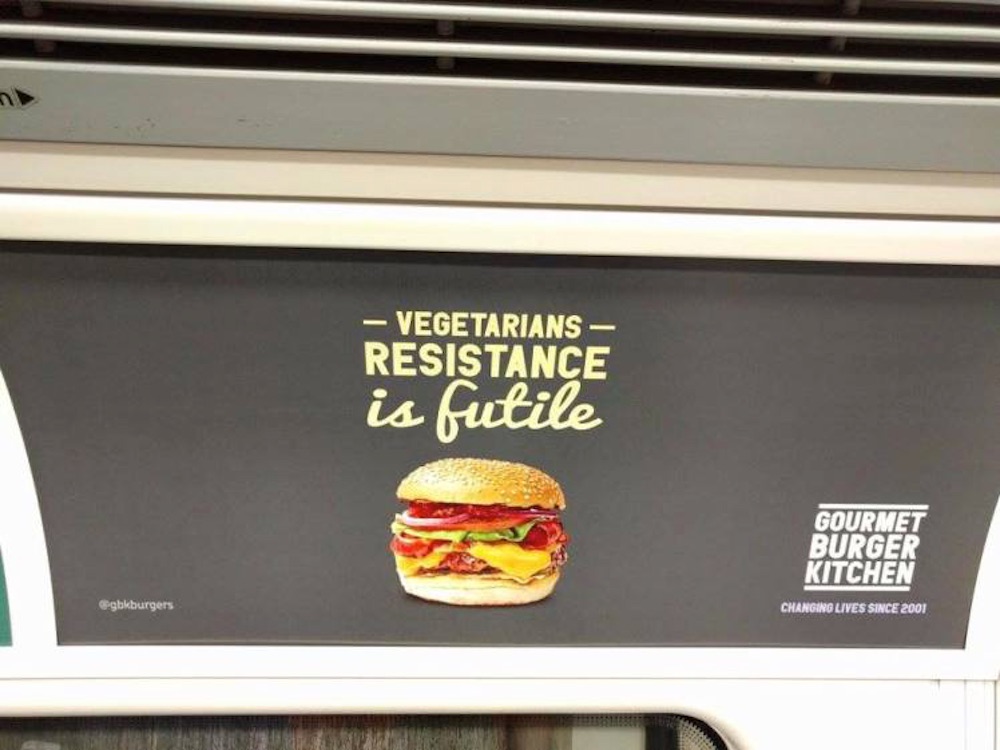 Any publicity is good publicity, right?

I you’re going to try and use an ‘edgy’ advertising campaign to promote your business, there’s usually only two ways it’s going to go: either massively successful or massively unsuccessful. This story is all about the latter.

Gourmet Burger Kitchen thought it would be a good idea to take the piss out of vegetarians in their new advertisements, like the one you can see above. That’s essentially sound logic because they sell burgers and most of these consist of meat (except for the veggie burgers, duh) and so they want to appeal to their target audience. However, they forgot that vegetarians and vegans hate and complain about everything and they were in no way prepared for the backlash they were going to receive. 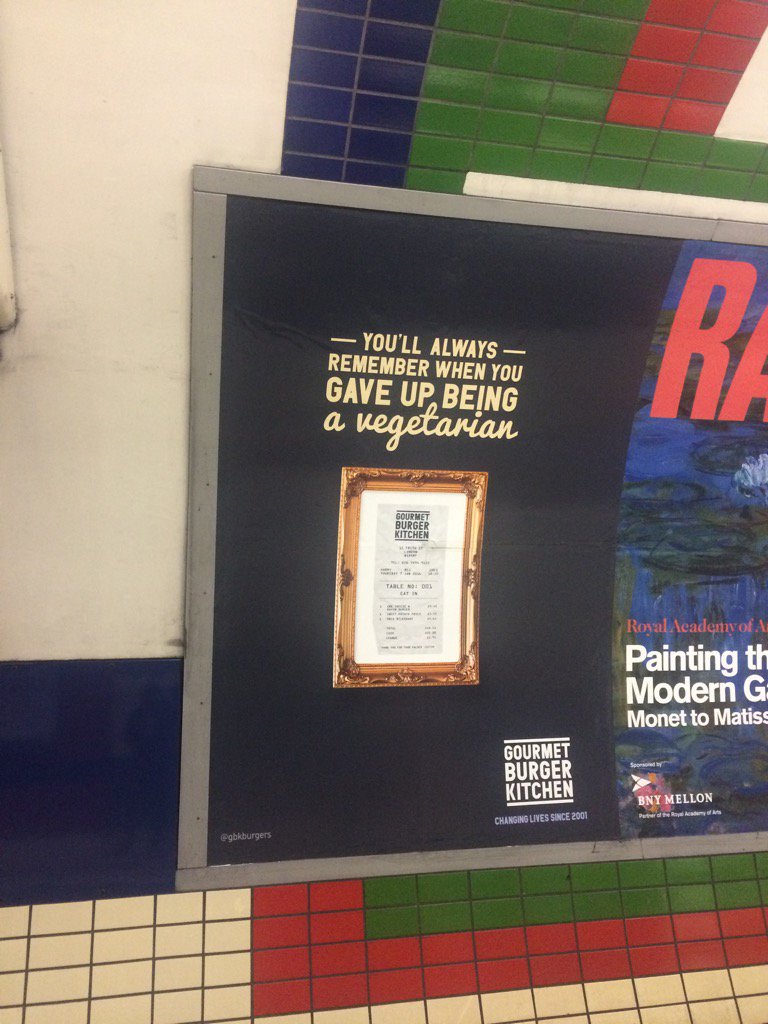 The Advertising Standards Agency has been inundated with complaints about the billboards, with many saying that they’re picking on a minority group for no good reason. Other people have decided to boycott the chain, and some people have even pasted over the adverts on the tube with their own variation on them. Talk about shooting themselves in the foot, although I suppose it is getting them a lot of attention – just the wrong kind of attention.

They were forced to post the following grovelling apology on Facebook this morning to try and make up for it, but you get the impression that the damage has already been done:

To be honest, I kind of agree with them. I mean it was just a joke in the adverts right, is there really any need for people to get so butthurt about them? Like any joke that takes the piss out of someone, there are going to be some people that take it a little to heart and find it offensive, but I feel like the whole boycotting the restaurant thing is a massive overreaction.

It seems you can’t really do anything these days without it totally destroying your business, and that’s even crazier when you think about what used to go on in the golden age of advertising.