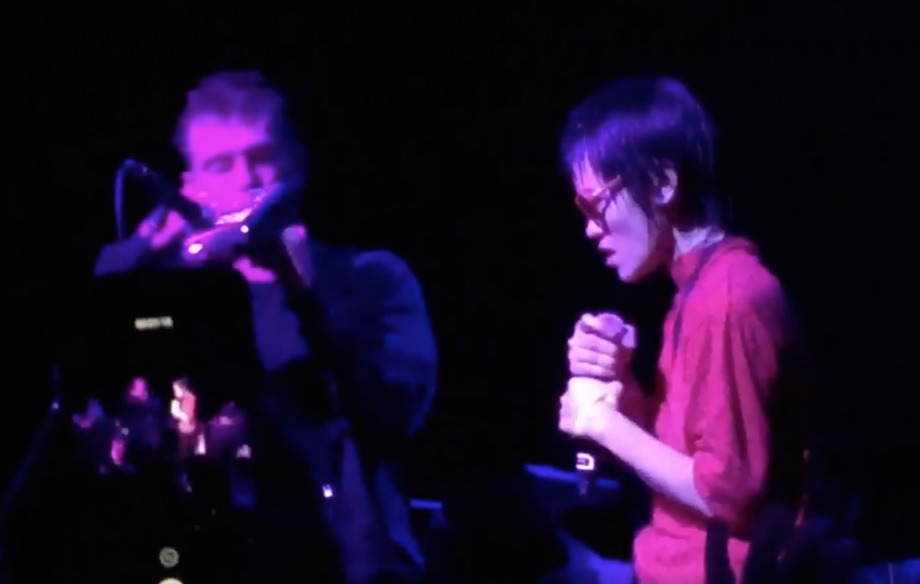 You’ve got to love it when a music fan is invited on stage, only for the band to realise that their fan is actually completely off their tits. It doesn’t happen often, but when it does, it’s pure gold to watch.

That’s exactly what happened at a recent Gorillaz gig. They were playing in Brooklyn’s Rough Trade branch when they asked an audience member onto the stage to help with their rendition of the classic track ‘Clint Eastwood’. However, once she was up on stage, she seemed a little bemused, before allegedly asking Damon Albarn, “What should I do? I’m tripping balls right now.” Albarn deals with it like a true legend:

For a minute it looked like it was touch and go when her glasses were slipping down her face, but she brought it back at the end, despite the fact that it looked like she was just miming rather than actually singing. Still, phew.

For more of the same, watch this video of Katy Perry getting groped by a fan on ecstasy.