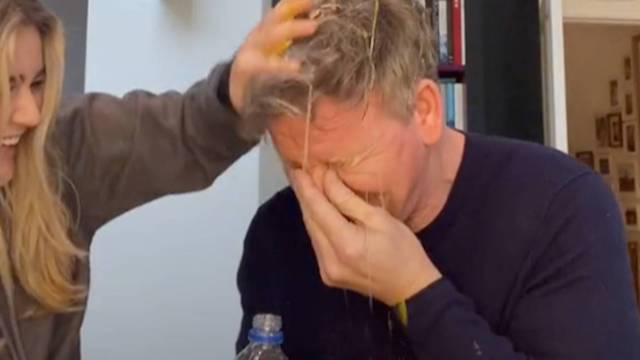 You might have seen the raw egg trick had been evived on TikTok last week after a girl went viral when she completely rinsed her brother with it, but now it’s going to get even more traction after Gordon Ramsay fell for it hook line and sinker from his daughter.

If you’re unfamiliar with the trick then it’s kind of hard to explain in writing, but it basically involves someone pretending to throw an egg into an open bottle of water, then when the person looks into the bottle they squirt it in their face and smash the egg on them too for good measure. That does sound kind of funny, but it’s way better when you see it in action and even better when that person is Gordon Ramsay:

Too good. Some are speculating that Tilly is probably still running away from her father and given his outbursts on his many television shows, you wouldn’t be surprised if this was the last prank that she ever pulled on him considering how bad she got him. No way he’s gonna be happy with that. We all love to see it though.

For more of the same, check out the new £80 burger that Ramsay is selling at one of his restaurants. Fuck off.