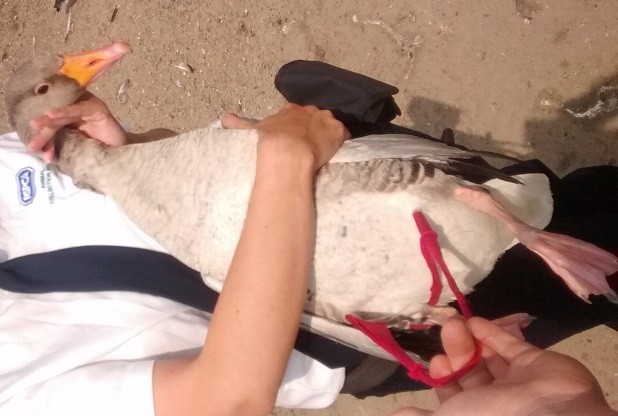 I’ve never really considered whether the same tricks that women use to try and make themselves look sexy are applicable to other members of the animal kingdom… because why the hell would I?

Turns out that maybe this is the case, or at least it is for this feathered creature. The goose in question was recovered by the RSPCA in Prickend Pond in Chislehurst, London after it had become tangled in a red thong that had been abandoned near the pool. 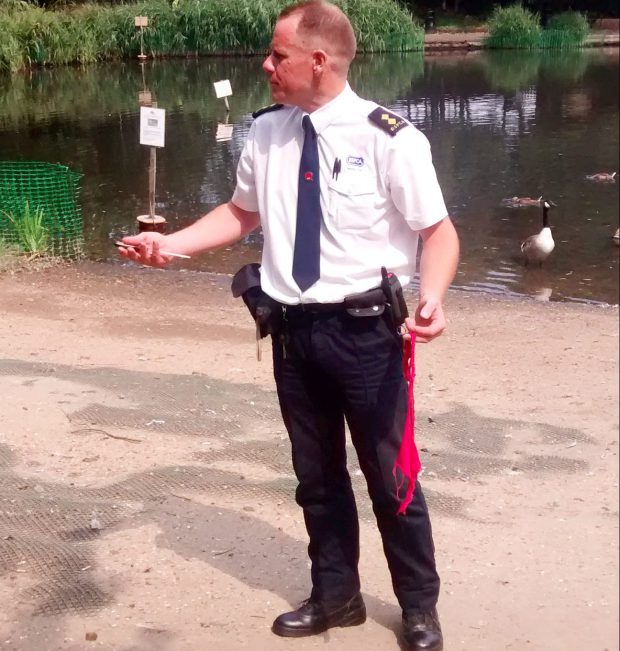 In my 15 years as an RSPCA inspector this is the first time I have ever had to rescue an animal caught in a thong.

As the goose was on land my colleague Abbie was able to catch them quickly and we were able to remove the thong which was tangled around their leg and body.

It’s pretty pants what has happened to them and someone has been a bit of a bird brain to have left a thong lying around.

But it would have only been a matter of time before the thong would have started cutting into their skin, and this is just another example of how poorly discarded litter can be a real hazard for wildlife.

People must discard of their rubbish safely no matter what it is.

I mean yeah I appreciate what he’s saying there about properly disposing of litter, but did he have to use so many bad puns during his statement? Textbook dad banter.

For more geese, check out this woman with a massive goose egg on her head. Painful.