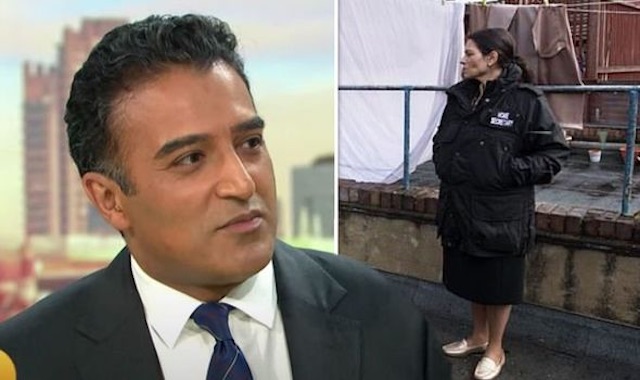 He’s got a point.

One of Priti Patel’s big policies is clamping down on illegal immigration and she seems to be succeeding in her goals as you’re seeing more and more people getting deported almost every single day.

Earlier this week, Patel even turned up at a raid on a London property where two alleged ringleaders of a people smuggling gang were arrested. When I saw the photograph I questioned why she even needed to be there in her nicely tailored jacket with Home Secretary printed on it – surely she can just get her lackeys to do the dirty work and her presence there isn’t adding anything? – and it turns out that I’m not the only one, after Adil Ray posted on Twitter yesterday morning about it.

Priti Patel’s parents & mine were told to leave Uganda & Kenya, in some cases to save their lives. After much protest (at one point they wanted to dump them on the Falklands) UK let them in. To think years later a daughter of that generation would pose for a photo opp like this. pic.twitter.com/v3I9PpRQDx

Yeah I mean you can’t really argue with that can you, although in fairness to her Priti Patel does seem to know how to appeal to her target audience and photo ops like that are only going to enhance her reputation even further. Whether you agree with her methods and morals probably plays into how reprehensible you think that photograph is. Up to you.

For more of the same, check out when Skepta tweeted a ‘sexy’ photograph of Priti Patel. That was a bit of a weird flex.