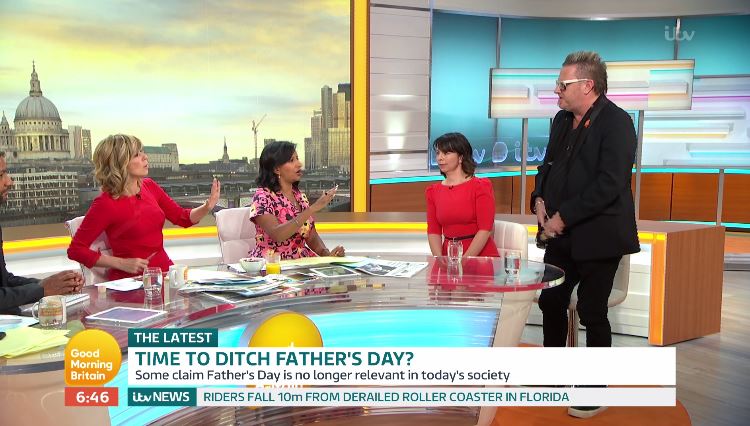 Good Morning Britain producers were in panic mode earlier today when a guest on their show threatened to pull out his balls on live TV.

Matt O’Connor, founder of Fathers4Justice, was on the show to debate whether people should ditch Father’s Day and stop celebrating parents in general on one specific day of the year.

Well Matt made it clear that he felt he’d been ignored and treated like an ‘outcast’ backstage, and so as payback he insisted on whipping his balls out and plopping them on the GMB table.

Not seeing the funny side, Kate Garraway suggested they end the segment right there.

I think you’ve slightly let dads down there. We’re going to take a break because of that.

A bit over the top for morning TV I suppose, but at the end of the day Matt accomplished what he set out to do and that’s to get people talking. Not just about his balls, but also about attitudes toward fathers in society.

Let’s just hope he doesn’t end up on a register somewhere, like this dad who was caught having sex with his 19-year-old daughter in a back garden. Yikes.