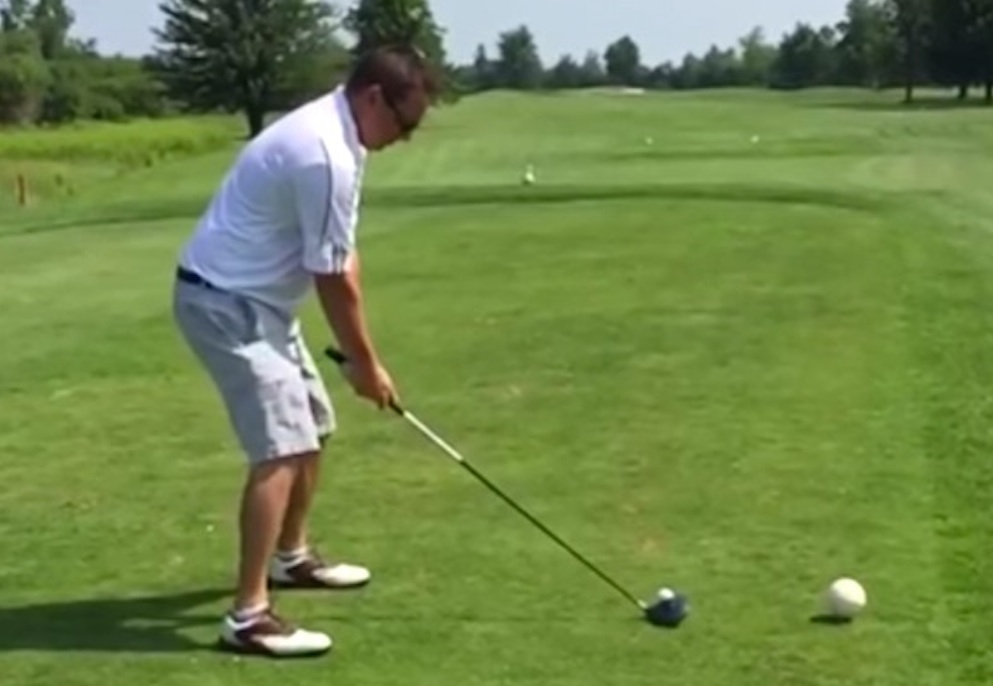 When he said he was going to get a birdie on this hole, that probably isn’t what he meant.

An absolutely terrible golfer managed to pull off a once in a lifetime shot when he inexplicably whacked the ball along the floor when he was teeing off. The shot ploughed into a seagull that was hanging out on the course and hit it real good, noticeably knocking it over.

The blurb of the video says that the seagull ended up dead which is absolutely awful but you can’t really deny that it looks really funny when the ball ploughs into him and you see him fall over. You do have to look slightly hard when you watch the video but it is worth it, trust, although I obviously wish that the seagull hadn’t been taken out with the shot.