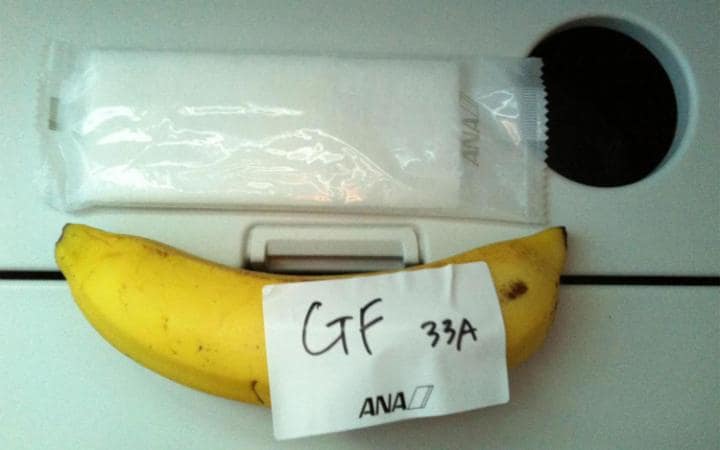 Being a vegetarian, I know all too well the perils of having special dietary requirements on a long haul flight.

Even in 2017 airlines find it hard to put together a meal that doesn’t contain some sort of meat and/or fish gristle hiding within the lukewarm slop, so you can imagine that gluten-free is pretty much out of the question.

This was absolutely proved right by passenger Martin Pavelka from London after he ordered a gluten-free breakfast on a nine-hour Nippon Airways flight from Tokyo to Sydney recently. 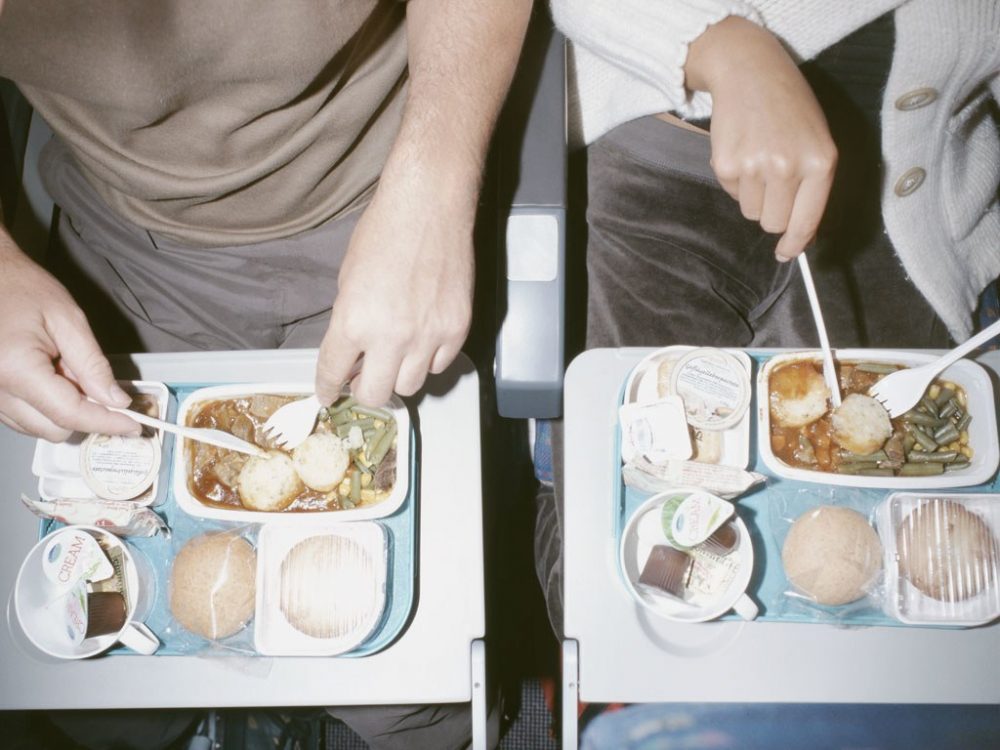 You would’ve thought that for a £1,200 trip, you could at least get some decent grub, but alas – Martin was served a banana on a plate, complete with a knife and fork. They might as well have given him the middle finger while they were at it – what an inadvertent slap to the face. The banana even came with a sticker on it saying ‘GF’ and a packet of salt. Lol.

Here’s what Pavelka, who suffers from the digestive condition coeliac, had to say about it:

All other passengers were served a full breakfast meal consisting of eggs, sausage, mushrooms, bread, and yogurt.

This was a nine-hour flight. Although definitely gluten-free, the banana did not keep me full for very long.

When he was served the food, the passengers around him starting laughing:

I think the stewardess realised something wasn’t right too.

The fault must be somewhere in management.

That banana might not have filled him up, but at least he got a good story out of it. And as said, you can never expect too much from plane food – it’s pretty much always going to be a disappointment, gluten-free or not.